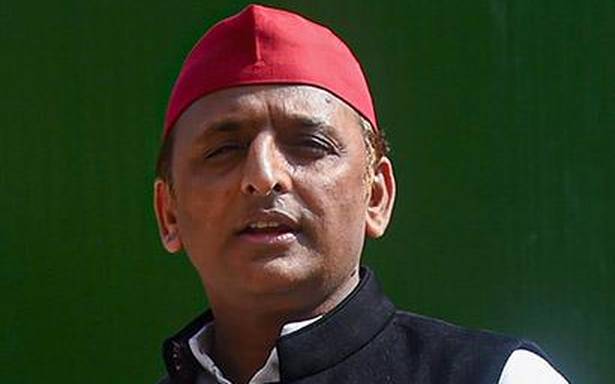 Samajwadi Party president Akhilesh Yadav on Tuesday attacked the Centre over the Pegasus snooping controversy, saying listening to personal conversations of people is a gross violation of the right to privacy.

As political heat rose over allegations linked to the Pegasus snooping row, the Centre on Monday categorically rejected them saying attempts were being made to "malign" Indian democracy even as the Congress and the BJP sparred and the main opposition party demanded the sacking of Union Home Minister Amit Shah.

In a tweet in Hindi, Mr. Yadav said, "Listening to personal conversation of people by spying upon their phone is a gross violation of right to privacy. If the BJP is getting this done, then this is punishable and if the BJP government is saying that it does not have the information about this, then it is its failure on national security." Spying on phones is a crime in democracy, he said, “An international media consortium reported on Sunday that over 300 verified mobile phone numbers, including of two ministers, over 40 journalists, three opposition leaders and one sitting judge besides scores of businesspersons and activists in India could have been targeted for hacking through the spyware.”