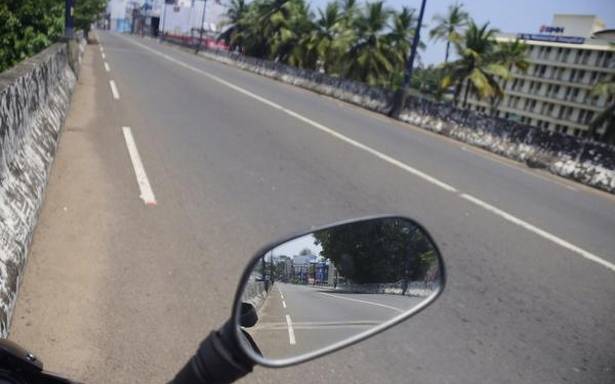 The weekend regulations enforced as part of pandemic control measures drew fairly positive response from the public in Kozhikode district on Saturday.

There was noticeable drop in the number of private vehicles on national and State highways. Only shops selling essential commodities remained open.

Police squads had been deployed in advance at various spots to inspect vehicles. As instructed, a majority of drivers carried self-declaration forms and documents proving the purpose of journey. Only those who complied with rules were allowed to proceed.

“Along with me, there were many students who turned up for the Occupational English Test for health care professionals at Devagiri College on Saturday. No one faced any difficulty in reaching the examination centre,” said a nurse from Kannur. “There were policemen to check vehicles at various points. They all behaved well and allowed us to proceed after verifying hall tickets,” she added.

Though there were no restrictions on bus services, many private buses stayed off the road. There was a huge drop in the number of commuters too. According to taxi operators associations, only one-third of autorickshaws and taxi cabs operated in the district.

“In general, there was hardly any opposition from drivers or commuters when they were stopped to check the purpose of their journey. We felt that only those making unavoidable trips were spotted on the road,” said a senior civil police officer.

“The checking squads were mostly on awareness mode, insisting that people should follow rules. They will enforce rules strictly on Sunday,” said a Circle Inspector who is part of the city patrol squad. He warned that those who venture out without convincing reasons would be booked under the Epidemic Diseases Act.