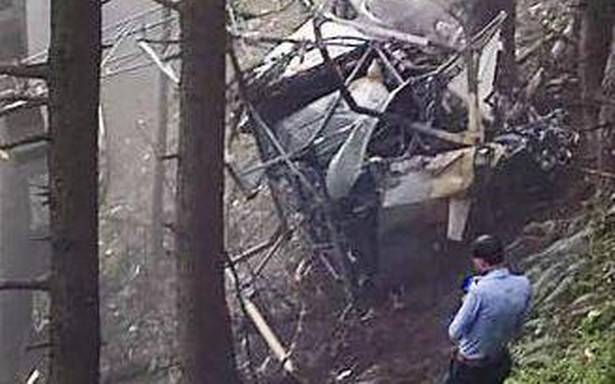 A pilot and a co-pilot were killed on Tuesday morning when an Army helicopter crash-landed in a forest area in Udhampur.

“During a training sortie in Patnitop area, an Army Cheetah helicopter crash-landed in Shiv Garh Dhar area in Udhampur district. The pilots were critically injured and evacuated to the nearest medical facility, but they died of their injuries” an Army spokesman said.

There was inclement weather in the area when the accident occurred, officials said.