🔴 Feroze Varun Gandhi writes: They should turn away from supply-side measures and pursue demand-side policies, help the common man. 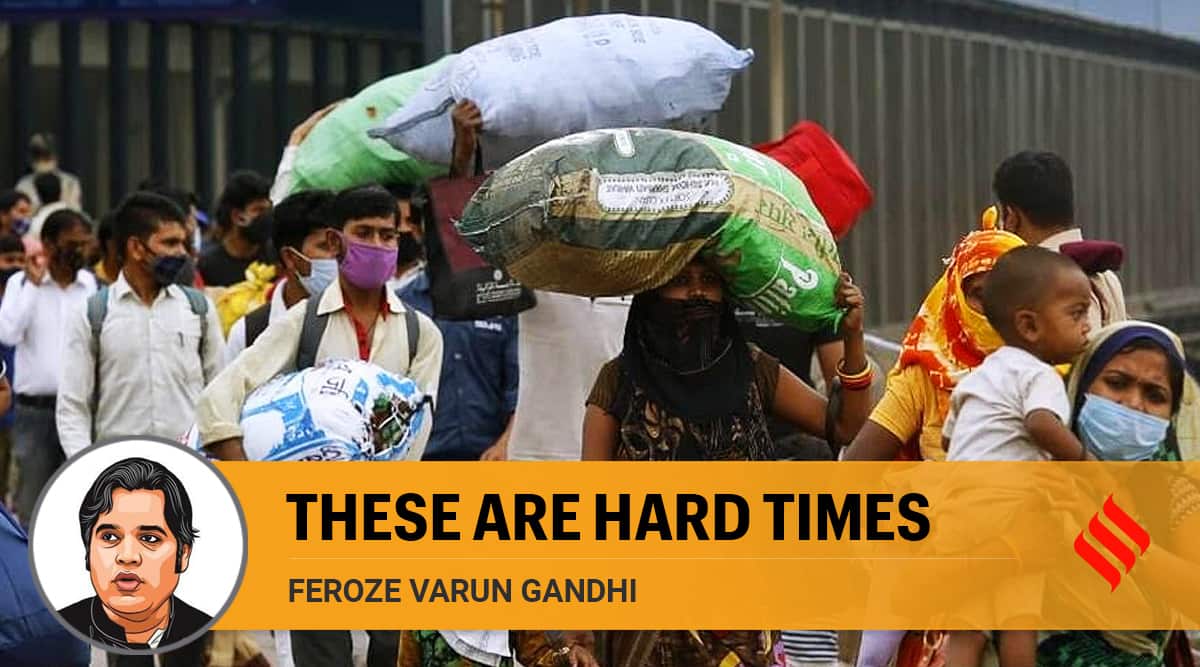 In early November, three troubling reports came in. Approximately 5.46 million Indians lost their jobs in October as per CMIE data. In particular, our youth unemployment rate was 28.26 per cent in 2020-21, compared to 15.66 per cent in 2016-17. By August 2021, around 33 per cent of all employable youth were estimated to be unemployed. With 20 million Indians entering the job market annually, there are few jobs being created. All this, in a period when the informal sector, which was a natural back-up, is roiled by a push for formalisation, driven by demonetisation, GST and the lockdown.

Ideally, India could have capitalised on an opportunity to create millions of jobs by developing a competitive ready-made garment industry (similar to Bangladesh). This could have been done by providing incentives to the informal sector and MSMEs to acquire scale, while pursuing trade deals with Europe, Canada and the US that unlocked access to such markets.

Instead, India’s textile exports were virtually flat between 2015 and 2019; the unit labour cost of producing a shirt in India is $0.5 compared to $0.22 in Bangladesh — much of this is due to an unproductive workforce and poor logistics. The consequence of policy inaction is stark: As per a World Bank estimate in 2017, 12 million jobs shifted from China to Bangladesh in the past decade. Much of this could have refurbished a textile ecosystem in India.

Meanwhile, for Indians with jobs, the daily commute is pinching hard. Petrol prices were above Rs 100/litre in most cities in November, driven by high taxes. India is likely to have Electric Vehicle (EV) sales rising optimistically to just 8 per cent of all new car sales by 2030 — a clear case of lack of policy incentives leading to high-cost EVs. This is an opportunity lost. Countries like China, which seek to solve such structural issues (like dependence on foreign oil), have spent the past decade focused on building an EV industry, incentivising production and pursuing a rapid growth in charging stations. China is now on track to have EVs comprise 40 per cent of all car sales by 2030.

The average India’s kitchen budget has been hit by rising retail inflation. LPG prices have risen sharply (almost 30 per cent between January and Oct 2021). With almost 300 million registered domestic LPG consumers, the impact on personal and fiscal finances has been significant. Some of this is also due to policy missteps — the state has pushed for greater adoption of LPG cook-stoves; instead, a push for electric cook-stoves could have helped reduce import demand and shielded the ordinary consumer from price hikes. Meanwhile, edible oil has seen significant hikes: Almost 30 per cent for packed mustard oil and vanaspati in Delhi between June 2020 and June 2021; almost 40 per cent for sunflower.

This is partly due to a dependence on imports for palm oil. A push for biodiesel production is also having a concomitant impact. In an ideal world, policymakers would have sought to increase the average yield of an oil-seeds farm in India and cut duties on imports. Campaigns to shift edible oil demand to locally produced edible oil types, such as mustard and sunflower, could have broken the linkage with international prices. We are now actively promoting deforestation in the Northeast by a push for palm oil plantations. Additionally, even ordinary vegetables are now pricier; daily essentials, from key FMCG players, have become dearer over the past few years.

Put together, such factors have made Indians poorer. An average farmer’s net worth declined by 33.8 per cent between 2013 and 2019; an average entrepreneur’s declined by 30.5 per cent, on a real-value basis.

To cope, Indians have taken to personal debt, en masse. Between 2012 and 2018, prior to Covid-19, the number of Indian households with debt rose significantly, with an incidence of indebtedness (percentage of households with any outstanding debt in 2018) in rural households of 35 per cent, and in urban households of 22.4 per cent (All India Debt and Investment Survey, NSS 77th Round, 2019). The average rural household in India had an outstanding debt of approximately Rs 59,728; the average urban household was twice as much. Increasingly, the poorest Indians are given the worst conditions for new loans — 44.8 per cent of all new borrowers in April-June 2019 were from the sub-prime/ near-prime category (having higher credit risk). Such citizens are charged loans at 25-40 per cent annual percentage rate and then chased by recovery agents. As a consequence, many Indians have had to flog off their family gold — gold loans outstanding have risen by 77.4 per cent between August 2020 and July 2021.

There seems to be a palpable loss of hope. Going forward, we should chart out a new journey for India, one where policymakers skew away from supply-side measures (for example cutting taxes for corporates, monetising state assets, burdening MSMEs) and pursue demand-side measures, seeking to help the common man.

Over the past decade, our policymakers have grandly announced hundreds of ineffectual policies to promote manufacturing in India, create jobs and raise farmer income; meanwhile, Bangladesh simply made clothes. They are richer than us now. A simple example highlights how policy inaction, apathy and mistakes have brought us to this moment. MSMEs have had a rough decade, being dislocated by demonetisation and being hit by a complex GST system. Meanwhile, a slowing economy, with little to no demand-side policy measures, has meant poor revenue growth for such firms tipped over into steep decline. Across sectors, a whiff of oligopoly is emerging, where MSMEs have no place and where the state is comfortable with large corporates dominating the value chain.

In select sectors, the share of the top five firms in total revenues of the sector can be quite stark — for FMCG, it is 64 per cent; for cement 65 per cent, for infrastructure 73 per cent, for power 81 per cent, for electricals 75 per cent. Amidst all this, India’s policymakers could have intervened to conduct antitrust actions, enhance competition, open up greater financing towards MSMEs and offer a simplified taxation system. There is still time, only just, to course correct.

This column first appeared in the print edition on November 30, 2021 under the title ‘These are hard times’. Gandhi is BJP MP from Pilibhit, UP, and the author of A Rural Manifesto