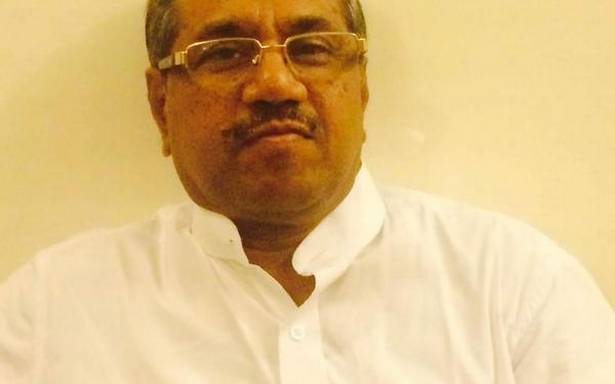 Senior counsel R. Shunmugasundaram is all set to be appointed the new Advocate General of Tamil Nadu.

He has an experience of 44 years in the Bar and has been a designated senior counsel for the last 20 years. He is also a former Member of Parliament who represented the State in the Rajya Sabha from 2002 to 2008 and had been the State Public Prosecutor from 1996 to 2001.

According to sources, Chief Minister M.K. Stalin had cleared the name of Mr. Shunmugasundaram and forwarded the papers to the Raj Bhavan for Governor Banwarilal Purhohit’s approval. Once the Governor clears the name, a formal Government Order would be issued paving way for him to assume office.

After completing his law degree and enrolling with the Bar Council of Tamil Nadu and Puducherry in 1977, he had joined the office of famous criminal lawyer N. Natarajan and gained experience under him till 1980. Thereafter, he got appointed as an Additional Public Prosecutor in 1989 and conducted prosecutions on behalf of the State, Central Bureau of Investigation and the Railways at the Madras High Court.

In 1992, he studied the developments in criminal law in Britain and attended court works at the Old Bailey Central London Criminal Courts, Croydon Crown Court and Royal Courts of Justice, London. He also gained work experience at the Crown Prosecution Department at Manchester, studied the investigation procedures adopted there and observed the working system of legal aid and probation procedures in Great Britain.

He was appointed as a counsel for the State of Tamil Nadu before Justice M.C. Jain Commission of Inquiry instituted to probe into the assassination of former Prime Minister Rajiv Gandhi. The Madras High Court too had appointed him as an amicus curiae in the London hotel case, against former Chief Minister Jayalalithaa, considering the public importance and sensitive nature of the case.

Then, he had pursued the Letters Rogatory issued by a special court in Chennai and worked with the Serious Fraud Office in London and the Attorney General’s Criminal Division at Canberra, Australia for collecting evidence from UK, Malaysia and Australia. During his tenure as a MP, he was part of the Indian delegation to the United Nations and participated in its 59th General Assembly in October 2004.