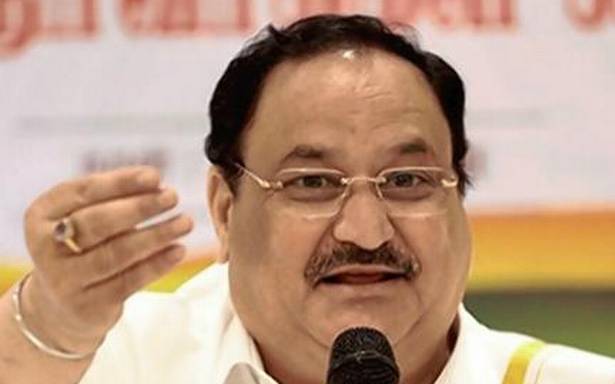 The BJP on Tuesday reacted sharply to Congress leader Rahul Gandhi’s speech in Thiruvananthapuram lauding voters in Kerala for being more interested in issue-based politics in comparison to the North, with party president J.P. Nadda accusing him of “spewing venom”.

Union Petroleum Minister Dharmendra Pradhan also tweeted in response to Mr. Gandhi’s speech. “So @RahulGandhi ji thinks that people in the north are not interested in issue-based politics? They were not interested in your empty promises, Rahul ji. You couldn’t understand the pulse of the people from your family’s pocket-borough even after representing it for 15 years,” he said.

In a public meeting in Kerala’s capital, Mr Gandhi said, “For the first 15 years, I was an MP in north. I had got used to a different type of politics. For me, coming to Kerala was very refreshing as suddenly I found that people are interested in issues & not just superficially but going into detail in issues.” Earlier he had, in a public meeting in Assam said that tea workers were not paid enough and that traders from Gujarat were profiting from the hard work of the tea workers.

Mr. Nadda referenced the BJP’s sweep in the local polls in Gujarat on Tuesday to illustrate his point. Kerala and Assam go to polls in the next couple of months.