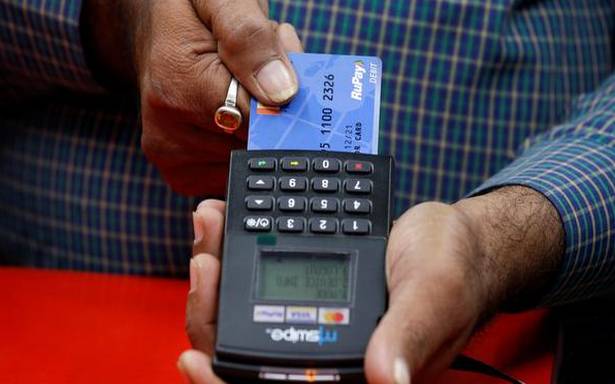 Employees of the largest workforce to migrate from Visa, MasterCard gateways

In a major thrust to RuPay’s increasing market share, the Ministry of Railways has advised its 12.54 lakh workforce to convert their Debit/ATM Cards to RuPay powered cards. The largest employer in the country pays ₹1,54,214 crore per annum as wages into the salary accounts of its staff.

The move is seen as a boost to Prime Minister Narendra Modi’s ‘Aatma Nirbhar Bharat’ and ‘Digital India’ initiatives. RuPay is a product of the National Payments Corporation of India, an umbrella organisation that facilitates retail payments and acclaimed to be India’s first-of-its-kind global card payment with wide acceptance across ATMs, e-commerce platforms and POS machines.

In a recent order to all the General Managers and production units, the Railway Board said the Ministry had requested the SBI to convert the existing Imprest Card into SBI RuPay Card.

The scheme was approved by the Controller General of Accounts, Department of Expenditure, Ministry of Finance, keeping in view the government’s impetus for proliferation of RuPay Card.

“Taking this opportunity, it is advised that all officers/staff may also be facilitated to get their Debit/ATM card attached to their salary account converted to RuPay based debit card,” Sanjeev Sharma, Director Finance Accounts, Railway Board, said.

There are several imprest holders in the Railways wherein re-coupable imprest is regulated through the the SBI imprest card. “Consequent upon the government of India’s push to give impetus to RuPay Card, it is desired that the SBI Imprest Card be replaced by SBI RuPay Imprest Card at the earliest. The Railways is also being advised to be ready to switch over to this system. Please give top priority and also early feedback on action taken …” the official said in a note to the SBI.

Last year, Railway Minister Piyush Goyal launched the new co-branded contactless credit card offered on RuPay platform by the IRCTC and the SBI Cards together. According to a senior SBI official. Debit/ATM cards on RuPay Card platform is being given to all account holders with a ₹2 lakh insurance cover offered by the Centre. A majority of the Debit/ATM cards issued by the SBI and other banks for salary account holders are offered on the Visa or MasterCard payment gateways.