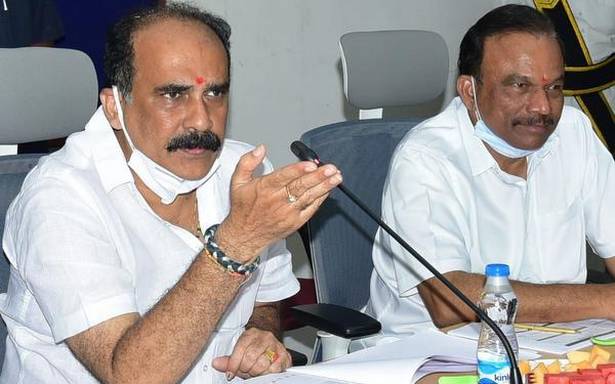 The minister has hinted at an imminent cabinet reshuffle by Chief Minister Y.S. Jagan Mohan Reddy

”Party is more important for me. I am ready to quit the minister’s post if such a policy decision (replacement of all incumbents) is taken”, said the minister, who is a confidant of the Chief Minister and also a close relative. He also wanted the party leaders to sink their differences and work unitedly for strengthening the party well ahead of the 2024 elections .

The minister’s observation after the election of Zilla Parishad elections on September 25 assumed significance in the wake of several ministers reportedly urging the Chief Minister to postpone the Cabiet rejig by at least another six months.

In the meantime, senior party leaders, including some who had served as ministers in the cabinet of late Dr.Y.S. Rajasekhara Reddy eagerly are waiting for a place in the reshuffled cabinet.

Some of the incumbent ministers have been also urging the Chief Minister to retain at least some of the key ministers in the present cabinet, party sources said, adding that the Chief Minister has hinted to his cabinet colleagues that they should be prepared to shoulder the responsibility of strengthening the party and work under a team led by political strategist Prasant Kishor who had helped the party wrest power from the Telugu Desam Party in 2019.

There are also a large number of aspirants for getting elected to the State Legislative Council on the party ticket.