Two planes landed in India today, carrying 20 oxygen production units, 75 ventilators, and 2,00,000 packs of medicines, according to a statement released by the Russian Ambassador to India Nikolay R. Kudashev. 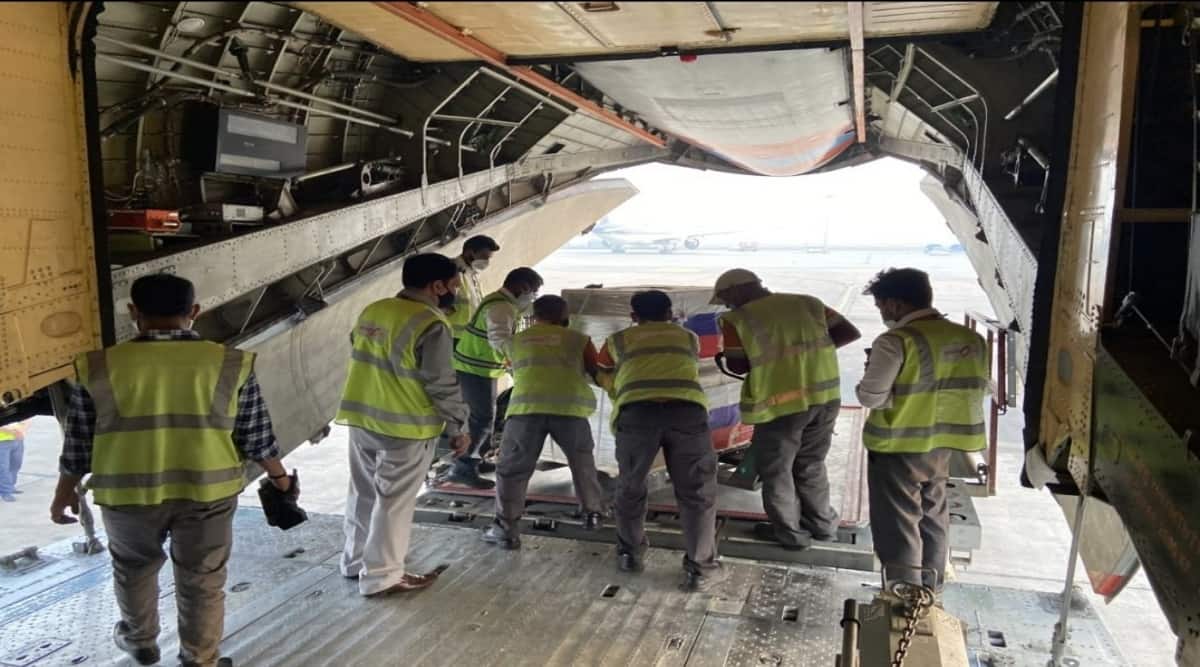 Russia on Thursday sent 22 tonnes of medical supplies to India to assist the country in its battle against the second wave of the coronavirus pandemic. Two planes operated by the Russian EMERCOM landed in India this morning, carrying 20 oxygen production units, 75 ventilators, and 2,00,000 packs of medicines, according to a statement released by the Russian Ambassador to India Nikolay R Kudashev.

“Russia is closely watching the situation in India, which is becoming more and more alarming with unprecedented spread of the coronavirus infection. We sincerely empathise with the Indian people due to our traditionally warm and friendly relations,” Kudashev said.

“The Russian Federation decided to send humanitarian assistance to India in the spirit of the special and privileged strategic partnership between our two countries, as well as in the context of our anti-Covid-19 cooperation,” he added.

Kudashev went on to highlight the upcoming delivery of Russia’s ‘Sputnik V’ vaccine starting from May 1, and the country’s role in subsequently facilitating the production of the vaccine in India.

Russia sent relief material to India following a phone conversation between Prime Minister Narendra Modi and President Vladimir Putin. PM Modi said Putin had assured the country of his support as it combats the second wave.

“We also reviewed our diverse bilateral cooperation, especially in the area of space exploration and renewable energy sector, including in hydrogen economy. Our cooperation on Sputnik-V vaccine will assist humanity in battling the pandemic,” PM Modi had tweeted.