Kumar had approached the top court seeking more time to move the trial courts in Kolkata for bail, saying they were not functioning due to a strike by lawyers. 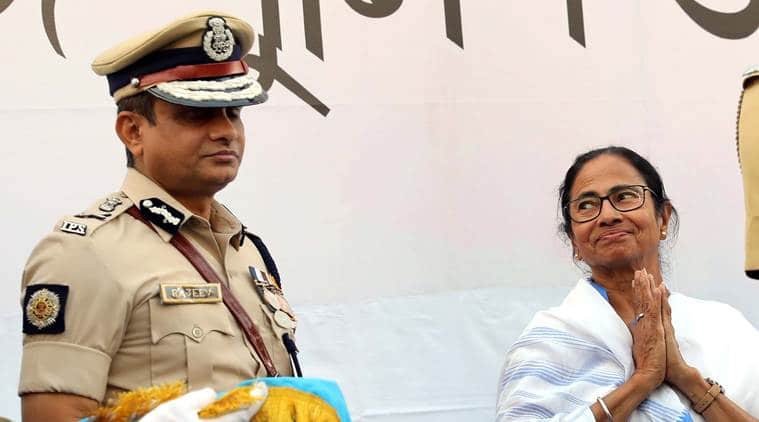 The Supreme Court on Friday turned down former Kolkata police commissioner Rajeev Kumar’s plea for further extension of protection from arrest in connection with the probe in the Saradha chit fund scam case.

Kumar had approached the top court seeking more time to move the trial courts in Kolkata for bail, saying they were not functioning due to a strike by lawyers.

But a bench headed by Justice Arun Mishra said the courts were sitting and Kumar could go there for relief. “You can go to the High Court or the trial court as the courts are functional there,” the bench told Kumar’s counsel Sunil Fernandes. Fernandes contended that the courts were not sitting on account of the lawyers’ strike. The bench corrected him: “You are wrong. The courts are sitting there… Your client is a former commissioner of police and he knows the law better than many young lawyers.”

The bench also took exception to Kumar approaching it with the petition even after his prayer had already been dealt with by Chief Justice of India Ranjan Gogoi. “You have already moved an application for extension of protection before the CJI. Do you want harsh comment from us? It is not proper for you to file the petition and then request for urgent listing when the CJI had already declined urgent listing of your applications. Don’t misuse our generosity like this,” the bench said.

When Fernandes submitted that the protection granted to Kumar would end today, the court added “what can be done? Do we have the jurisdiction to hear this? Your problem may be anything but your petition under Article 32 is not maintainable.”

Hearing a plea by the CBI, seeking his custodial interrogation, a bench headed by the CJI had on May 17 withdrawn its earlier order of February 6 granting Kumar protection from arrest. It, however, allowed the protection to continue for seven more days from May 17 so as to enable him to approach the competent court for relief.

Hours after the Supreme Court declined to entertain Kumar’s plea, a court in West Bengal cancelled the anticipatory bail plea by the former police commissioner on the ground of “faulty application”.

“Around 4 pm the court turned down Kumar’s anticipatory bail plea which was faulty, and some documents were missing. He had filed it late and without any proper affidavit, so the court cancelled the defective application and he has been asked to file a fresh plea. For now the application stands cancelled,” public prosecutor Sushovan Mitra told reporters outside Barasat court.

The Election Commission had ordered removal of Kumar, who was posted as Additional Director General, CID, in West Bengal for allegedly failing to control incidents of violence in the state and had asked him to report to the Union Home Ministry.

On May 20, Kumar approached the apex court seeking extension of the seven-day protection granted in view of lawyers’ strike in Kolkata. His request was placed before the CJI who, sitting on the administrative side, declined to grant him urgent hearing.

The CBI had sought the custodial interrogation of Kumar who, it said, was the “day-to-day In-charge of the SIT appointed by the State Government investigating into the chit-fund scam cases”, and claimed there was prima facie evidence that he was allegedly trying to destroy evidence in and “shield high and mighty” in the case. It alleged non-cooperation and charged the state police with obfuscating the investigation by causing impediments with a view to protect big names and members/leaders of the ruling Trinamool Congress.

The West Bengal government, state police and Kumar denied the charges and alleged political vendetta behind the developments.

(With inputs from ENS, Kolkata)