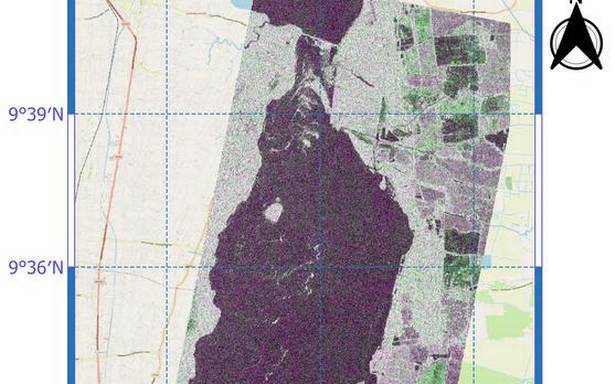 G. Nagendra Prabhu, Principal Investigator, Centre for Research on Aquatic Resources, SD College, is a collaborator on the project. The partnering institutions include the University of Stirling (lead partner) and the University of Strathclyde from United Kingdom (UK) along with International Crops Research Institute for the Semi-Arid Tropics (ICRISAT) and the National Institute of Plant Health Management (NIPHM), Hyderabad.

The project is funded by the Royal Academy of Engineering, London, under its ‘Frontiers Follow-on’ scheme, which comes under the Global Challenges Research Fund of the U.K. government. The total grant sanctioned is approximately ₹3 crore for the project lasting till April 30, 2023. Savithri Maharaj of Stirling University is the principal investigator.

The multi-national, multi-institutional and multi-disciplinary project was launched last year, but the agreement could be signed only earlier this week due to the COVID-19 pandemic. The project is aimed at developing effective methods that combine the use of multiple data sources (satellite and drone observations and ground-based sensors) to monitor the spread of invasive the aquatic weed, water hyacinth (Eichhornia crassipes), in the Kuttanad region of Kerala and Patancheru Lake in Hyderabad.

According to Mr. Prabhu, the study will produce new information on the spread of water hyacinth in Kuttanad. “It will be helpful for scientists, planners, policy-makers and even entrepreneurs who are willing to utilise these weeds as raw material for manufacturing products as done in other parts of the world,” he said.

The team of researchers will visit Kuttanad once travel restrictions are lifted. Being part of the project is seen as a major achievement for SD College, which is celebrating its platinum jubilee this year.