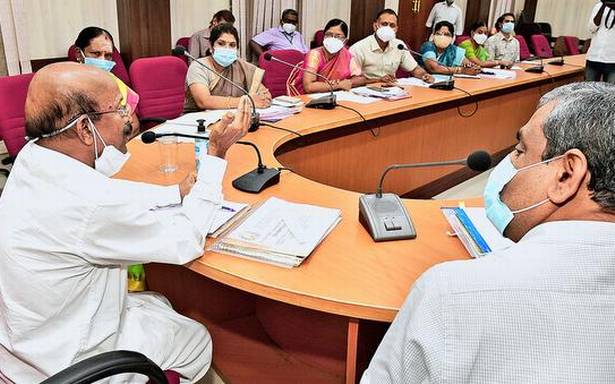 A release based on his meeting with the district administration officials said Mr. Ponnaiyan wanted the administration to forward the proposal so that the Council could look into the demands for additional school buildings, solar power units and kitchen garden in government schools.

The Council had financed establishment of maternity and post-operative care and paediatric care in primary health centres in Valparai.

The Council’s support to improve medical care was a part of its objective of providing equitable development across the State by focussing on panchayat unions that were relatively backward on the development index in each district.

After the successful implementation of the scheme, Mr. Ponnaiyan said, the Council would look at extending the schemes to other unions as well.