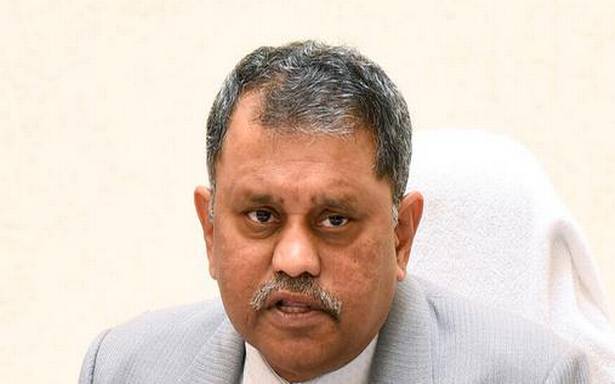 Government likely to move court against it

The State Election Commission (SEC) has opted to hold panchayat elections after “weighing pros and cons”. It has decided to conduct the polls, wherever necessary, for local bodies in four phases — February 5, 9,13, and 17 — and announce the results from February 5 to 17 (four phases).

The government is contemplating going to court to halt the poll process, sources say. According to information, a delegation led by Chief Secretary Adityanath Das met SEC N. Ramesh Kumar on Friday to apprise the government’s stand as per the court directions. The government urged the SEC to postpone the polls citing a second COVID wave and also a winter spike as reasons. Mr. Das told the SEC that the government had been presenting its difficulty in holding the polls in view of the invocation of the NDMA Act and seriousness of COVID -19 situation. The pandemic is being tackled along with the vaccination programme being undertaken by the Centre and State machinery would be engaged in the massive operation.

Mr. Ramesh Kumar, however, said: “The SEC had been in touch with domain experts to assess such a likelihood. The second corona wave nor a winter spike did not materialise to date.” Citing Supreme Court orders, the SEC said the election code of conduct would come into force from January 9. Mr. Das said the government would look into the proceedings issued by the SEC.