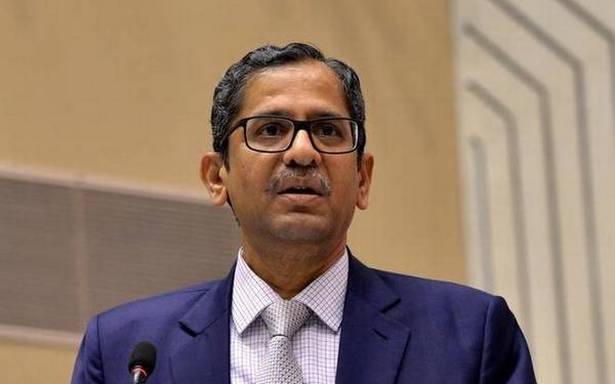 Chief Justice of India N.V. Ramana’s remarks in open court on Thursday sends a strong message to the government that the Supreme Court is prima facie convinced that sedition is being misused by the authorities to trample upon citizens’ fundamental rights of free speech and liberty.

The Chief Justice has sent a clear signal that Section 124A (sedition) of the Indian Penal Code may have passed its time. The CJI has made it clear that the court is sensitive to the public demand to judicially review the manner in which law enforcement authorities are using the sedition law to control free speech and send journalists, activists and dissenters to jail, and keep them there.

In a way, the court has questioned the need for the continuance of Section 124A — a colonial provision which was used to jail the Mahatma — in the law books of a modern democracy. This is a step away from the court’s own Kedar Nath judgment of 1962 which had upheld Section 124A but read it down to mean any subversion of an elected government by violent means. The court will have to re-examine whether this 59-year-old judgment holds in the modern context when the State is itself using a punitive law to impose serious burdens on free speech.

The CJI’s reference to low conviction rates under the sedition law resonates with a petition filed by senior journalist Sashi Kumar highlighting the “dramatic jump in charging a person with the offence of sedition since 2016”.

“In 2019, 93 cases were on the ground of sedition as compared to the 35 cases that were filed in 2016. The same constitutes a 165% increase. Of these 93 cases, chargesheets were filed in a mere 17% of cases and even worse, the conviction rate was an abysmally low 3.3%,” Mr. Kumar, represented by advocate Kaleeswaram Raj, has noted. National Crime Records Bureau reports show that in 2019, 21 cases of sedition were closed on account of no evidence, two were closed being false cases and six cases held to be civil disputes.

The CJI’s observations culminates the resolve shown by the Supreme Court in recent months to examine the sedition law.

In May, Justice D.Y. Chandrachud said “it is time to define the limits of sedition”. The judge had flagged the indiscriminate use of the sedition law against people who aired their grievances about the government’s COVID management, or even for seeking help to gain medical access, equipment, drugs and oxygen cylinders, especially during the second wave of the pandemic.

“This is muzzling the media,” Justice L. Nageswara Rao, another Supreme Court judge, had noted while considering a plea made by two TV channels, TV5 and ABN, against the Andhra Pradesh government for using the sedition law to “silence” them. The CJI Bench issued notice on Thursday to the government on a petition filed by the Editors Guild of India to quash the sedition law. Senior journalist Arun Shourie has also challenged the constitutionality of Section 124A.

Justice U.U. Lalit, in his recent judgment quashing a sedition case against Mr. Dua for his alleged remarks about the Prime Minister and the Union Government in a YouTube telecast, upheld the right of every journalist to criticise, even brutally, the measures of the government with a view to improve or alter them through legal means.

The time is long past when the mere criticism of governments was sufficient to constitute sedition. The right to utter honest and reasonable criticism is a source of strength to a community rather than a weakness, the judgment had recorded.