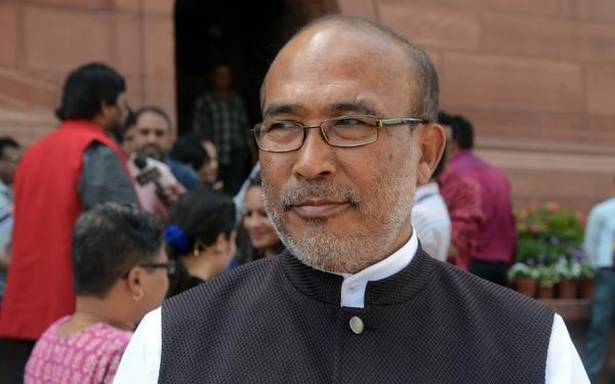 Athuan Abonmei was allegedly kidnapped and murdered on September 22 in Tamenglong district.

The Joint Action Committee (JAC) formed to seek justice for social activist Athuan Abonmei has called a 24-hour total Manipur shutdown from October 3 midnight. Abonmei was allegedly kidnapped and murdered on September 22 in Tamenglong district from the venue where Chief Minister N. Biren and other Ministers were scheduled to inaugurate developmental projects.

Mr. Biren said, “We have written twice urging that the NIA [National Investigation Agency] take up this investigation. I will meet the Union Home Minister Amit Shah to expedite the matter”.

However, the JAC and political leaders are irked by the inordinate delay. Congress MP and All India Congress Committee observer for Manipur P. Bordoloi said, “The BJP-led government has not done anything in this regard”. Many others charge that the State government is stalling for time and embroiled in official rigmarole. Police in Imphal arrested two persons in connection with the crime.

The total shutdown was originally scheduled for September 30 in continuation of the series of agitations by the JAC. However, other valley-based civil organisations sought a postponement in view of the 125th birth anniversary of Hijam Irabot, the first revolutionary leader of Manipur.

Students and organisations of women activists in the valley have pledged to extend support to the ongoing campaign for Abonmei’s justice. They are staging sit-in protests and taking out processions demanding declaration of one armed group as “terrorists”. Many circles allege that this outfit had murdered Abonmei for his campaign for peaceful co-existence of the tribals and non-tribals in Manipur.

Combined forces had rushed to Tamenglong district to flush out the perpetrators. However, the team has not so far raided the rebels’ camps and arrested anyone in the two districts, Tamenglong and Noney.