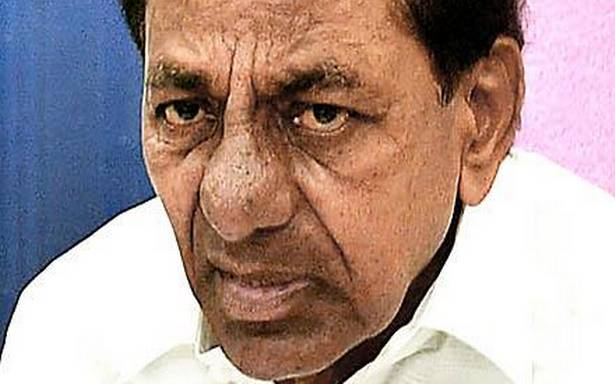 Asserting that his government is committed to ensuring comprehensive all-round development of villages across the State, Chief Minister K. Chandrasekhar Rao said that steps were under way to remove imbalances to ensure their planned development.

The Chief Minister took a dig at the Opposition Congress for their charges on diversion of funds allotted by the Centre under the National Rural Employment Guarantee Scheme claiming that the Opposition charges were far from truth. Elaborating on the development achieved in the villages under the TRS Government, he said the government was prepared to provide account for each rupee spent during the past seven years.

He requested Speaker Pocharam Srinivas Reddy to allow a special debate on the Palle and Pattana Pragati schemes launched by the government so that an effective message went to people on the progress ushered in through the pro-active policies being implemented in the State. Mr. Rao intervened in the discussion during the Question Hour when the Congress leaders expressed doubts over diversion of gram panchayat funds including ₹15,738 crore released by the Centre intended for panchayats under the employment guarantee scheme.

“Should it be construed as lack of awareness of the members (Congress)? I am surprised at the way they are making the remarks. I can only pity them,” the Chief Minister said. He wondered how the Congress leaders were making the comments at a time when the Central Ministers as well as policy making bodies like NITI Ayog appreciated Telangana for the rapid strides it had made in development at grassroots level.

“The per head grant for panchayats was ₹4 during the 10-year Congress rule. The grant in our time has crossed ₹650. That is the difference,” he said. On the charge that the Central releases were being diverted, he said there was nothing like the Central Government releasing funds to the State by itself. The Financial Commission, a constitutional body recommends to the Centre devolution of funds to States and the Centre discharges its Constitutional obligations accordingly.

“There will be an elaborate debate in the House in a couple of days on the releases from the Centre and economic trends. The government is prepared to clarify each and every single doubt of the members,” he said.

He explained that the government took a policy decision to enact the new Panchayat Raj Act which had provisions for accelerated development of villages. “In spite of the financial implications of COVID-19 pandemic, we have directed the departments concerned not to stop release of funds to panchayats,” he said.

Responding to Congress member D. Sridhar Babu’s charge that funds generated by the gram panchayats were being diverted, the Chief Minister said it was a policy decision to ensure balanced development. “There will be certain panchayats, particularly those near urban areas, that generate revenues while those in the agency areas seldom get revenues. The government resolved to eliminate this anomaly and had accordingly incorporated provisions in the new PR Act to strike a balance. “The Congress governments could not provide space for performing even last rites. My government has ensured that all the villages are equipped with basic infrastructure,” he said.