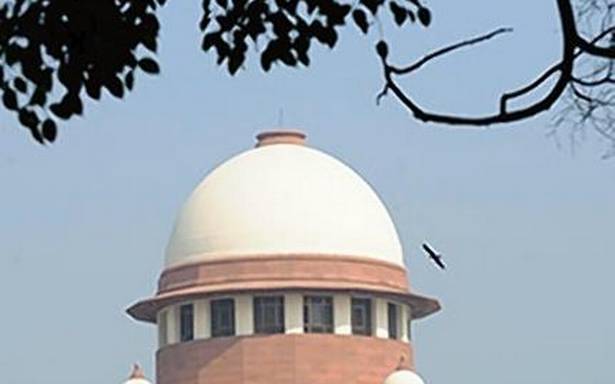 The Supreme Court on Friday stayed a May 17 order of the Allahabad High Court, which described the medical system in smaller cities and villages of Uttar Pradesh during the pandemic as Ram Bharose (at God’s mercy).

A Vacation Bench of Justices Vineet Saran and B.R. Gavai remarked that the High Court’s directions for COVID-19 management in its May 17 order may be difficult to implement.

In fact, the High Court had issued a slew of directions for the government, which included ensuring that nursing homes in the State have oxygen facility for every bed; certain percentages of beds, ventilators, high flow nasal cannula facility and beds with bipap machines in every nursing home/hospital; every nursing home/ hospital which has more than 30 beds to compulsorily have an oxygen production plant; medical colleges in Prayagraj, Agra, Meerut, Kanpur and Gorakhpur be provided enhanced facilities like Sanjay Gandhi Postgraduate Institute within four months, etc.

The High Court had said these arrangements would help “patients from smaller towns and villages to be brought to bigger hospitals in bigger towns” for medical treatment.

In the hearing on Friday, Solicitor General Tushar Mehta agreed that improvements to health infrastructure cannot be ignored. “But these directions are impossible to comply with,” Mr. Mehta exclaimed.

He submitted that high courts should exhibit restraint before passing such orders. Mr. Mehta, for Uttar Pradesh, said the State government caters to a population of over 24 crores.

“Despite facing big challenges, the State has been making continuous efforts to control the spread of the pandemic,” the law officer submitted.

He said the High Court order has encroached into the “arena of governance” and breached the principle of separation of powers. The order needs to be set aside.

Mr. Mehta asked the court to direct COVID-19 cases pending in various High Courts to be transferred to the Benches led by their respective Chief Justices.

However, the apex court refused to pass such sweeping orders against the prerogative of the Chief Justices of High Courts to allocate cases to their judges. “We cannot demoralise the High Courts,” the Supreme Court noted. The case was scheduled next for mid-July.