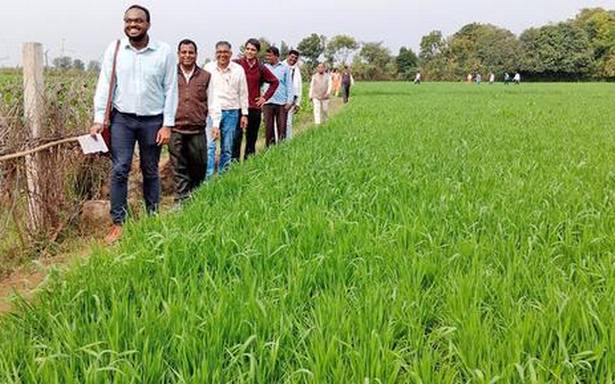 A sustainable natural farming system adopted in southern Rajasthan’s Banswara district, which has created new livelihood sources and brought food security to indigenous tribal communities, has impressed the Chief Minister’s Economic Transformation Advisory Council. The model is being considered for replication elsewhere in the State.

A 20-member team of the Council visited Banswara district’s Amlipara village earlier this week to study the techniques and innovations which have enabled the farmers to meet their daily food necessities by growing fruits and vegetables at a low cost. The integrated system has also reduced the tribals’ dependence on market and improved nutritional status of the local population.

The team members, drawn mostly from the State government’s Agriculture and Horticulture Departments, interacted with the farmers. They especially evinced interest in the functioning of the community-managed seed system, which has facilitated diversification of crops.

The model entails adoption of organic farming, manure, medicines and pesticides and establishment of vermicompost units at agricultural fields. The locally prepared organic manure is used for growing maize, wheat, urad and other crops.

Banswara-based Vaagdhara group has identified the key areas of intervention which would help ensure availability of food throughout the year.