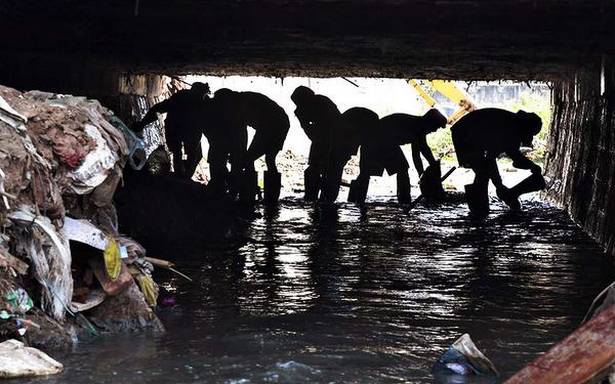 Chief Minister Basavaraj Bommai, who also holds the charge of Bengaluru Development, has announced a special package of ₹1,500 crore for the storm-water drain (SWD) network in the city, with a focus on preventing floods. This comes in the wake of heavy rains last year that exposed the city’s poor infrastructure. While chairing a review meeting attended by all city MLAs and MPs on Sunday, the Chief Minister also extended the deadline to fill potholes by 15 days while all ongoing roadworks have to be completed by March 31.

After the meeting, Revenue Minister R. Ashok told presspersons that over and above the ₹1,500 crore SWD allocation, the Amruta Nagarothana Scheme would be approved in the next Cabinet meeting. A “big package” would be announced for city infrastructure, he said.

At the meeting, several MLAs raised complaints of agencies digging up newly laid roads and not restoring them properly. In response, Mr. Bommai announced the setting up of a coordination committee, which he would chair himself.

In November 2021, following floods in pockets of the city, especially in the outer zones, the Bruhat Bengaluru Mahanagara Palike (BBMP) firmed up plans to build 90 km of new drains. This includes 51.5 km of primary drains and 38 km of secondary drains at a cost of ₹900 crore. SWDs in the outer zones are narrow mud structures that need to be reconstructed with concrete and widened, sources said.

In its master plan of water flow network — which was prepared at the behest of the Chief Minister — the civic body had identified 94 critical points which act as bottlenecks and cause flooding. Work will be taken up at these points to minimise flooding. During Sunday’s meeting, Mr. Bommai directed the civic body to clear 714 encroachments on the drain network in the city, sources said.