Unveiling the agenda in Salem, where Haasan was stationed as part of his election campaign, he said the party is aiming to strike a balance between industries, agriculture and environment. 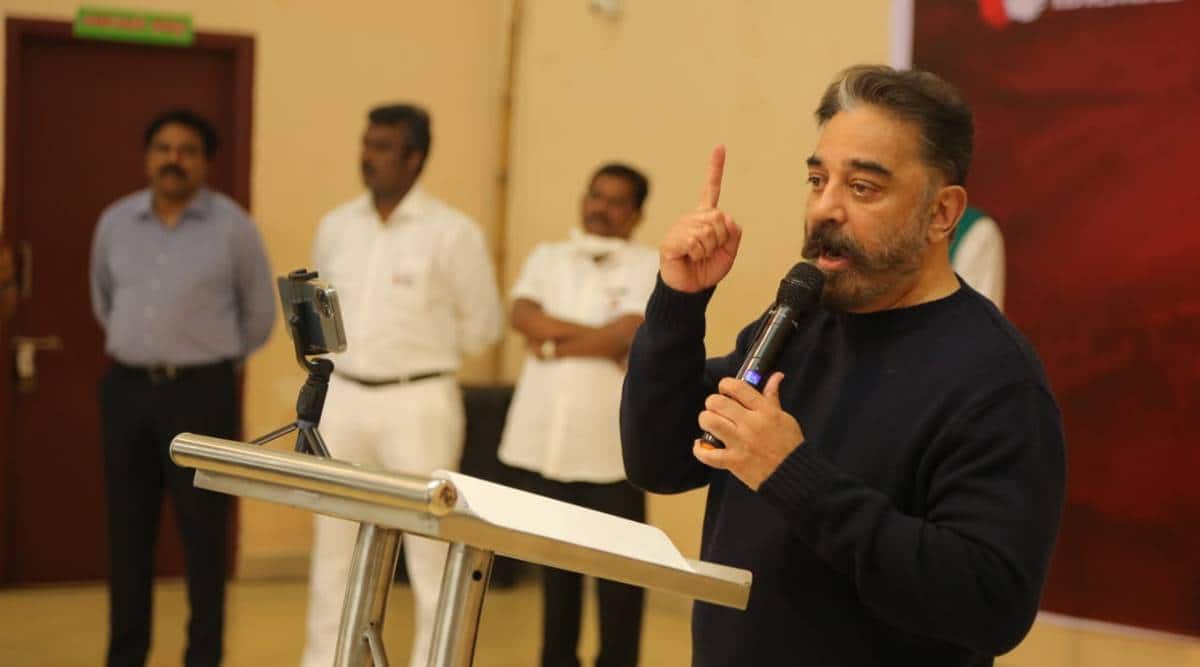 Actor and Makkal Needhi Maiam (MNM) founder Kamal Haasan has announced a seven-point agenda to protect the environment. Unveiling the agenda in Salem, where Haasan was stationed as part of his election campaign, he said the party is aiming to strike a balance between industries, agriculture and environment.

Former IAS officer Santhosh Babu and party’s environmental wing state secretary Padmapriya read out the agenda titled ‘Key Pillars of MNM promises on Environment’, which is aimed at establishing a circular economy where recycling and re-use will be the norm for water, plastic, and e-waste. The agenda also promises to incentivise production of non-plastic alternatives by household industries. Self-Help Groups is another objective of the proposed economy.

For monitoring and enforcing pollution standards, Haasan said all pollution monitoring data will be published as a continuous stream through ‘OCEMS –Online Continuous emission and monitoring systems as per the Supreme Court directive of 2017.

He said to regulate the groundwater, a comprehensive and stringent groundwater regulation for large-scale harvesting of groundwater will be implemented to safeguard the interests of local communities, farmers and future generations. The party added that wetland rules will be amended to ensure protection of local bodies like Eris, Thangals, Kanmais, and waterways.

The party is also planning to develop a statewide environmental atlas for industrial states on the lines of the Central Pollution Control Board so as to set guidelines for industries.

“Behavioural change in people for respecting the eco-systems will be instilled through sensitisation,” the proposal added.

Haasan said there is plastic and garbage everywhere in the state and it’s the responsibility of all the people of Tamil Nadu to work towards a solution for that. He added that strict action should be initiated against those who pollute the water bodies.