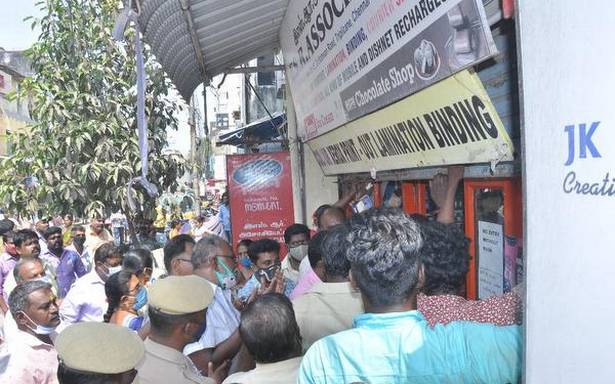 The Hindu Religious and Charitable Endowments (HR and CE) Department on Thursday took possession of property estimated at ₹2.8 crore belonging to the Sri Parthasarathy Perumal temple in Triplicane.

Sources said the 1,850-sq ft land located on Dr. Natesan Salai had been rented out to five persons several decades ago. “They had constructed shops and rented them out. This is not permitted and they owe the temple large amounts as dues, which is why the land was retrieved by the department after notices were served,” said an official. Seven shops and an ATM were functioning out of these shops. The temple has more land in the same locality where houses have been built.

A large number of locals gathered and tried to prevent the takeover. Police officials ensured that nothing untoward happened and managed the situation.