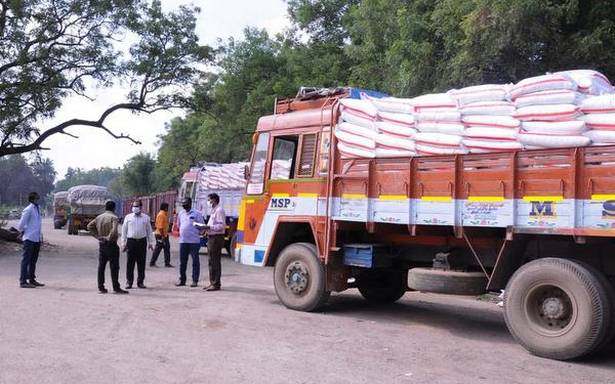 There is some good news for farmers waiting for urea – Tirunelveli and Thoothukudi districts have received 1,300 tonnes of the chemical nutrient to be applied to paddy crop during this ‘pisanam’ season.

The urea, supplied by IFFCO, will be sold to farmers through Primary Agriculture Cooperative Societies and the private retailers in the two districts. A team officials led by Joint Director of Agriculture, Tirunelveli, R. Gajendra Pandian received the urea that arrived from Karaikal on Friday.

Mr. Gajendra Pandian said the present consignment would be distributed on 70 : 30 basis to the Primary Agriculture Cooperative Societies and private retailers as directed by the Agriculture Production Commissioner.

He cautioned the farmers against using urea excessively as it would cause adverse effect on the soil, quality of crop and the entire ecosystem besides leading to increased pest attack and diseases. Since the Department of Agriculture had provided soil health card to the farmers, they should apply urea based on the recommendations given on the card.

He prescribed that 22 kg urea was adequate for one acre and it should be applied once in 15 to 20 days along with other nutrients.

“It is like treating a patient based on blood test results… Hence, excess application of urea will increase ammonia content in the soil resulting in crop damage,” Mr. Gajendra Pandian cautioned.