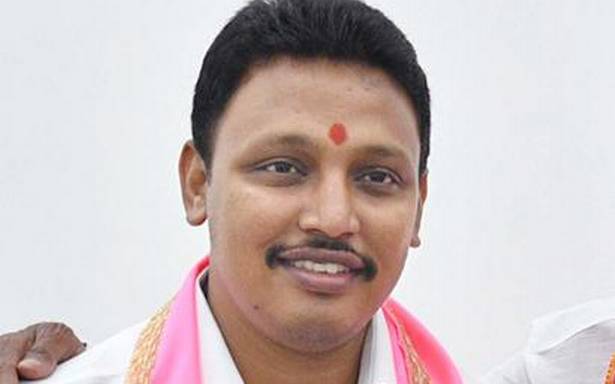 Party, which was holding the seat, retains it in the bypoll, a first since Telangana formation

The ruling Telangana Rashtra Samithi has wrested the Nagarjunasagar Assembly constituency with its candidate Nomula Bhagat winning the by-election with a comfortable majority of over 18,000 votes.

The TRS nominee maintained his lead in all the 25 rounds, barring one round in which he trailed by a slender margin during the counting which commenced early Sunday morning. The bypoll was necessitated following the death of sitting TRS MLA Nomula Narsimhaiah in December last year. While the TRS fielded Mr. Bhagat as its nominee, veteran leader K. Jana Reddy represented the Congress and P. Ravi Kumar was the BJP’s candidate in the election. Though it was expected that the BJP would put up a reasonable performance, its nominee forfeited the security deposit at the end of the day as the contest turned out to be between the TRS and the Congress as the counting progressed.

Analysts felt that the caste equation on which the BJP banked upon in fielding Mr. Ravi Kumar did not work out in its favour and so also was the lack of vigour in the campaigning by the leaders. The constituency witnessed huge voter turnout exceeding 86 per cent on the polling day with 1.89 lakh of the 2.2 lakh votes cast in the bypoll. The huge turnout left leaders of all the sides guessing as to which side the majority of electors cast their preference. But the TRS nominee who started leading in the early rounds maintained the leads till the last round. The TRS secured 89,804 votes and the Congress 70,932 votes while the BJP remained a distant third with 7,676 votes as the counting of votes ended.

TRS president and Chief Minister K. Chandrasekhar Rao took the bypoll as a prestige as the seat was held by the party. The election followed the Dubbak by-election where the ruling party lost to the BJP and the GHMC polls where the BJP put up a stellar performance.

The TRS set another record in winning the constituency as it was the first time since the formation of Telangana that the representative of the party holding the seat won the polls. Incumbent parties including the Congress and the TRS lost the by-elections held in Palair, Narayankhed, Huzurnagar and Dubbak constituencies in the past.

The Congress nominee Mr. Jana Reddy had put up an impressive fight in spite of the advanced planning by the TRS president for the bypoll. Mr. Chandrasekhar Rao had deputed several Ministers to the constituency for gearing up the party rank and file much ahead of the crucial election. Congress seniors including TPCC president N. Uttam Kumar Reddy, MPs K. Venkat Reddy and A. Revanth Reddy campaigned vigorously for the party but in vain.