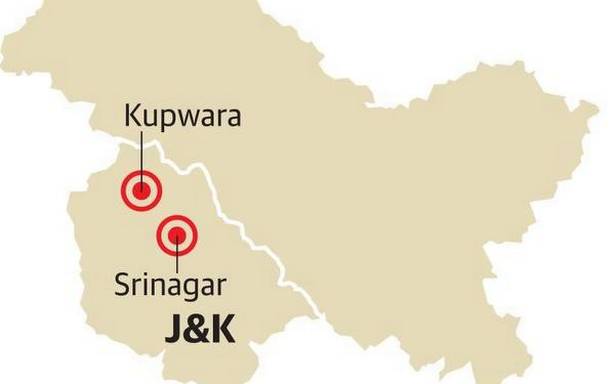 Security forces have arrested two suspected overground workers of militants from Kupwara district in Jammu and Kashmir and recovered arms and ammunition from their possession, officials said in Srinagar on October 6.

Safeer Ahmad Sheikh and Zameer Hussian Sheikh were apprehended at Hajitara near the Line of Control in Karnah area of Kupwara on October 5 evening, the officials said. They said eight hand grenades, one pistol and seven rounds were recovered from the possession of the arrested persons.