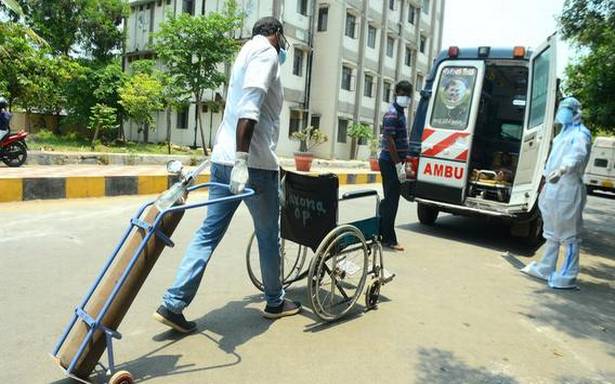 Thirteen more patients succumbed to the virus in South Coastal Andhra, which registered over 2,300 cases in a span of 24 hours.

The number of active cases crossed the 22,000-mark in the region as 2,389 persons got infected in the 24 hours ending 9 a.m. on Sunday, a health bulletin released by the State government said on Sunday night. Prakasam accounted for 1,378 of the new cases, while Nellore accounted for 1,011.

Though recoveries improved in the two districts with 1,111 patients getting discharged, the positivity rate continued to remain high.

As many as 701 patients in SPSR Nellore district and another 410 patients in Prakasam district recovered in the last 24 hours, providing some reprieve for the health professionals struggling to treat the ever-growing number of patients.