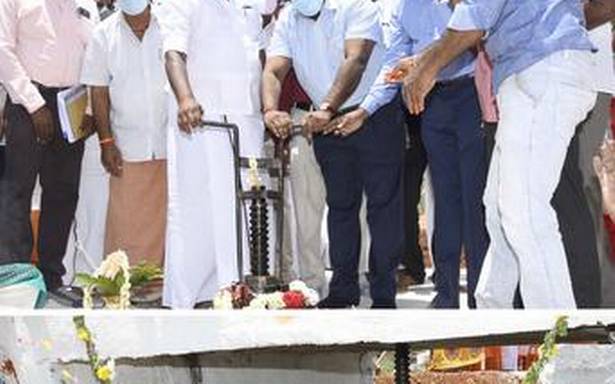 Water from Periyar dam was released into 18th Canal, PTR Canal and Thanthai Periyar Canal on Tuesday for irrigating the single crop area in Theni district.

With a release of water at the rate of 98 cusecs for 30 days, a total of 255 mcft of water would be released into the 18th Canal, a statement said.

Water will be released at the rate of 100 cusecs for 120 days based on storage and inflow.

The Collector has appealed to the farmers to make judicious usage of water.