Faced with an employee exodus, some ad agencies are now offering a breather. 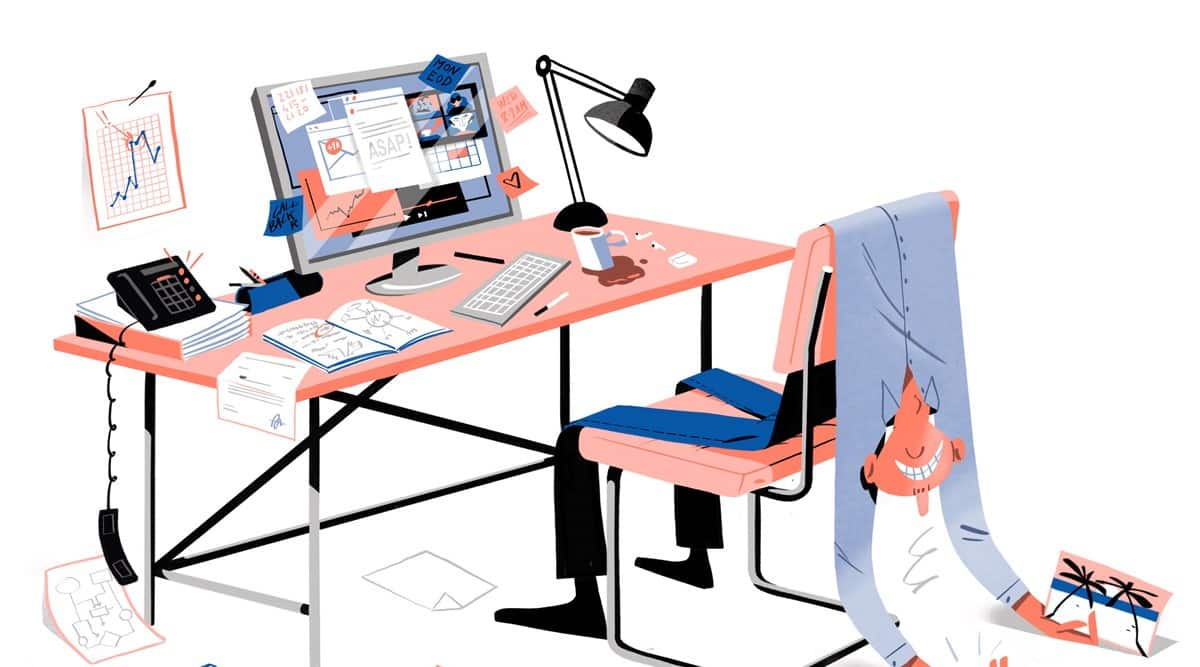 Amy Michelle Smith loved working in advertising. But as she did her job from her one-bedroom apartment in Toronto during the remote-work months of the pandemic — months that stretched into a year and beyond — the line separating her personal life from her professional life started to fade, and she realized she was so, so tired.

Her immediate bosses seemed stressed out, probably because their bosses were also stressed out, and Smith, 32, said she experienced “trickle-down stress” as her managers tried to please the equally stressed-out clients by giving in to their every whim. It was always “churn, churn, churn, churn,” she said, which made her feel worn out. And she felt guilty about feeling worn out.

Last month, like many of her overtaxed peers, she quit. After three weeks off, Smith started a new job at an e-commerce business. A key draw, she said, was the company’s focus on the mental well-being of its employees.

“No matter what industry you’re in, COVID is making you reevaluate some of your values, some of the things that you want out of your life, your career,” Smith said. “I was seeking out a company that put wellness first.”

Not that she felt great about leaving behind her high-stress job.

“To be honest,” she said, “it made me feel a little bit like a failure — like someone who just couldn’t take it, who wasn’t strong enough for the hustle, to be seeking out something that put my well-being first.” 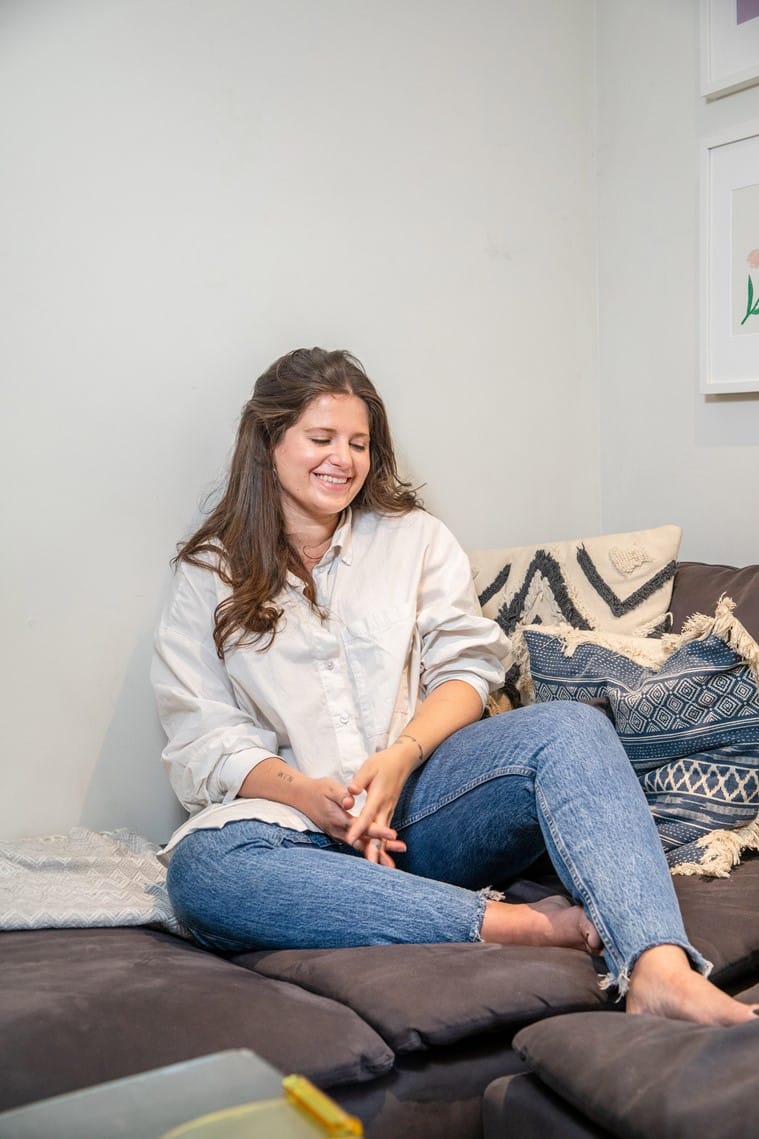 A break may be exactly the thing some people need now. Workers in advertising, for example, were already putting up with late nights before the pandemic.

“You’re at the beck and call of what clients need, and even pre-COVID, there were constant demands. It’s stressful,” said Marla Kaplowitz, CEO of the 4A’s, an ad industry trade group. “Then you add COVID to it, and what needs to get done just increased. And the expectations are so great, and at the same time, you don’t have as many people to get the work done.”

Faced with an employee exodus, some ad agencies are now offering a breather. Among the companies that are closing down for a full week around Labor Day: Martin, the agency known for the Geico gecko commercials; The Many, which has created ads for Coca-Cola, Spindrift, Hot Wheels and eBay; Mediabrands, a media buying and marketing network; and Kinesso, a marketing tech company.

Extended breaks have also been put in place at Hearst Magazines, LinkedIn, Twitch, the dating app Bumble, the financial software firm Intuit and many other big companies.

The social media management platform Hootsuite announced in May that it would stop work for a week because it had noticed “a rise in depression, anxiety, immersion in loneliness, and uncertainty” resulting from the shift to remote work.

Similarly, The Daily Gamecock, the student newspaper of the University of South Carolina, went dark for a week after publishing an editorial that told readers, “We’re not OK.”

Last month, Catalyst Software said it was offering its employees something called “PTO-palooza” — an initiative that includes a week off and an outdoor party in New York. Getaway, a hospitality company, is replacing Labor Day with Labor Week. The Deutsch Los Angeles ad agency banned meetings during certain hours and plans to set aside a week off around Thanksgiving. Similar reprieves from other companies include “Self Care Week,” “Global Week of Rest,” “Recharge Week” and “Operation Chillax.”

The breaks have even come to the finance industry — sort of. JPMorgan Chase said it wants junior bankers to work less on weekends. To lighten the load on current employees, the company said it would hire more people to share the burden.

Wellness weeks have not been restorative for all workers, however — notably, the skeleton crews keeping the lights on while everyone else is out. And then there are the employees who struggle to relax on command, spending their downtime stress-scrolling through social media accounts related to their jobs and overriding the “away” setting on their email accounts to deliver fast replies.

Even those who do manage to shut down entirely must face the dreaded moment of return.

“People come right back after a week off, and then they have twice as many emails, and then the burnout will be quicker because they can’t recover,” said Nancy Reyes, CEO of the ad agency TBWA\Chiat\Day New York, which gave workers six extra summer days off this year.

As long as underlying problems remain, such as ad agencies accepting lower pay for their work and losing qualified people to other industries, extra time off will remain an appreciated but inadequate stopgap, Reyes said.

The pandemic exacerbated many of the issues that fuel burnout, such as excess workload, lack of autonomy, absence of positive feedback, a weak sense of community and worries about unfairness, experts said.

“People keep framing burnout as an individual problem,” said Christina Maslach, an emerita professor of psychology at the University of California, Berkeley, who has spent much of her career studying occupational burnout. “If you’re really going to try and make a dent in the problem and get to a better place, you’re going to have to not just focus on the people and fix them; you have to focus on the job conditions and fix those as well.”

In retail, hospitality, restaurants and other understaffed and lower-paid industries, companywide weeks off are hard to pull off. Instead, to try to cajole workers back as the economy reopens, some service-centered companies are offering free tuition and free hotel rooms — though not necessarily more pay.

Other businesses are experimenting with options like “Zoom-free Fridays” (Citigroup) and blocked emails on weekends (GroupM, a media investment company). Hewlett Packard Enterprise gave employees free accounts on the Headspace meditation app and the option for new parents to work part-time for up to three years.

Massachusetts General Hospital in Boston, where staffwide breaks for decompression are unrealistic, is just trying to listen to its staff. Surveys of employees have found that one of the top demands from workers is to feel valued for their efforts during the pandemic.

In the advertising world, some executives are pushing for a coordinated summer hiatus, much like the winter holidays. An industrywide week off could ease the pressure on employees to continue catering to clients or work-related tasks during their time away, said Neal Arthu chief operating officer at Wieden and Kennedy.

“Every other time that we’ve had summer Fridays or winter Fridays or any sort of day off or vacation, we felt like we were letting other people down. There’s a real guilt that people feel that we’ve tried our best to alleviate Arthur said.

This summer, Wieden and Kennedy offices around the world took staggered weeks off. The agency also worked with Nike, which took a weeklong break as well, on an Olympics ad that urged “respect for mental health” and alluded tennis star Naomi Osaka’s public statements about the issue.

“Burnout is a very real thing at the agency right now Arthur said. “It’s becoming part and parcel for basically any workplace, and you almost need to put full-time rigor toward that issue.”