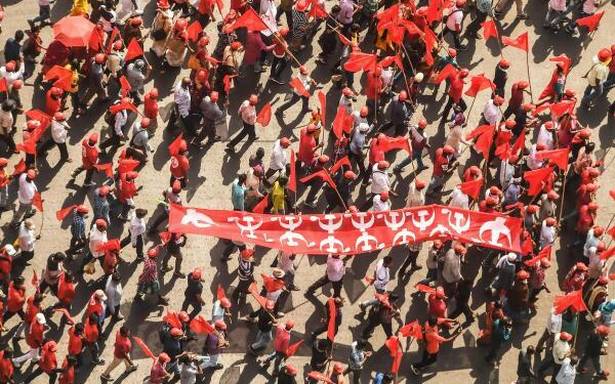 Even as the Election Commission of India (ECI) on Tuesday issued the notification for the first phase of polls in West Bengal, the major political parties in the State are yet to announce candidates. Notification was issued for 30 seats that will go to the polls on March 27. These seats are located in the State’s south-western region of Purulia, Paschim Medinipur, Jhargram and Purba Medinipur districts.

Usually, it is the ruling Trinamool Congress that takes the lead in announcing candidates but in this high- stakes election, the party leadership has decided to go slow. Sources in the party said that the list of candidates for the first phase have been finalised but the final call had to be taken by Chief Minister Mamata Banerjee. There are apprehensions among sections of the ruling party that if all sections were not accommodated, then dissent over seat-sharing could come out in the public.

The Left-Congress leadership, who are holding a series of meetings over the past few days have still not being able to make a breakthrough. Meeting was held on Tuesday at the State headquarters of the Communist Party of India (Marxist) at Alimuddin Street, where leaders of the Indian Secular Front (ISF) also participated

The BJP is also in a huddle to finalise the number of candidates in a city hotel. The party is most likely to announce candidates after the Trinamool Congress comes out with its list of nominees.

Mr. Tewari, MLA from Pandaveshwar and former party president of Paschim Bardhaman district, was keen to join the BJP in December 2020 but chose to stay with the TMC after the intervention of Ms. Banerjee.

A section of BJP leaders, including Asansol BJP MP Babul Supriyo, was opposed to Mr. Tewari joining the BJP in December. Mr. Supriyo, however, has changed his stand now and welcomed Mr. Tewari into the party.

In another development, officials at the office of the Chief Electoral Officer said the ECI had extended polling time by 30 minutes for the first phase of polls, and voters would now be able to exercise their franchise from 7 a.m. to 6.30 p.m. The decision has been taken in the wake of safety protocols due to COVID-19.