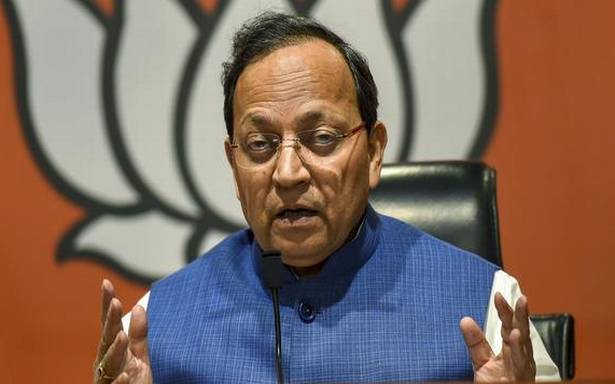 There is no talk or discussion of his removal, says BJP general secretary in-charge of Karnataka

In a bid to put a lid on the restiveness in the Karnataka unit of the Bharatiya Janata Party (BJP), party general secretary in-charge of Karnataka, Arun Singh, on Thursday said that there was no move to remove State Chief Minister B.S. Yediyurappa from his post, and that the party’s central leadership was very happy with the work done by his government, especially with regard to COVID-19 management.

“Yediyurappa-ji has done good work and he is Chief Minister and will remain. There is no talk or discussion of his removal or anything. He, along with other Ministers in the Karnataka government, have all done good work, especially during the COVID-19 pandemic,” he said.

He added that Mr. Yediyurappa’s statement that he was ready to quit as and when the high command would ask him to was a “reflection” of his loyalty to the party and obedience to party discipline, but it did not mean that any such thing had been mooted.

Dissident activity against Mr. Yediyurappa had shot up in the last month or so, with State Minister C.P. Yogeshwar visiting Delhi with his issues with regard to the Chief Minister. He got a lukewarm response and made public statements expressing his dissatisfaction with the CM. In Bengaluru, Mr. Yediyurappa’s loyalists decided to start a signature campaign by MLAs who supported the CM, which was then halted at his behest.

In all this, Mr. Yediyurappa’s son, State unit vice president B.Y. Vijayendra visited Delhi and met with party chief J.P. Nadda. A pet grouse of dissidents against Mr. Yediyurappa has been the prominence being given to Mr. Vijayendra.

Mr. Singh, however, kept his remarks to dissident MLAs, urging them not to voice their opinions on the internal affairs of the party on a public forum, and to discuss it within appropriate quarters in the party. “I will be visiting Bengaluru soon and will meet with MLAs and party leaders. I will speak to them on all these issues,” he said.

As of now, it seems the storm clouds brewing over Mr. Yediyurappa have dissipated.