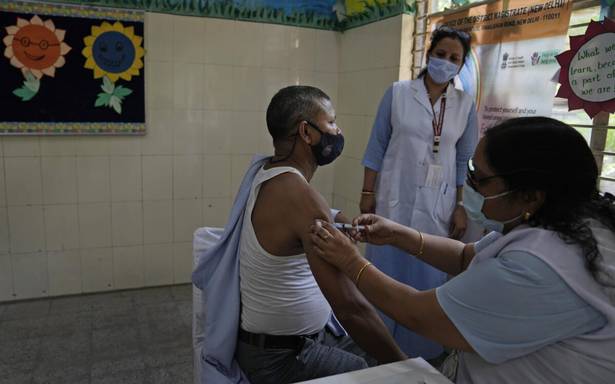 Here are the developments:

"The Minister is doing well," the statement said. It added that the rest of the delegation tested negative for the virus.

Mr. Queiroga told CNN Brasil that he had worn a mask the entiretime that he was in the U.N. building. – Reuters

COVID-19 deaths in the U.S. have climbed to an average of more than 1,900 a day for the first time since early March, with experts saying the virus is preying largely on a distinct group, 71 million unvaccinated Americans.

The increasingly lethal turn has filled hospitals, complicated the start of the school year, delayed the return to offices and demoralized health care workers. – AP

The chief economist of the International Monetary Fund on September 21 called for coordinated action and greater accountability to ensure that the world meets a target of vaccinating 40% of people in every country against COVID-19 by the end of 2021.

India’s decision this week to resume vaccine exports was "a very important part of the solution," but major economies also had to ratchet up vaccine deliveries to honor their pledges, Gita Gopinath told Reuters in an interview.

The pandemic has killed nearly 5 million people across the world, and the IMF has warned that highly unequal health prospects, with just 2% of people in low-income countries vaccinated to date, poses "severe risks". – Reuters

Australia’s Victoria State on September 22 reported a jump in new COVID-19 infections as Melbourne, the State capital, braced for a third straight day of protests against tough restrictions.

"The ugly scenes that we saw yesterday are not only appalling, they’re unlawful," Victoria Premier Daniel Andrews said at a media briefing in Melbourne. – Reuters

New Zealand may not get back to having zero coronavirus cases in the community, the director general of health said, as the country continues efforts to stamp out the infectious Delta variant of the virus.

New Zealand eliminated COVID-19 last year and had been largely virus-free, barring a small number of cases in February, until the latest outbreak of the Delta variant erupted in August, prompting Prime Minister Jacinda Ardern to order a nationwide lockdown.

Its biggest city Auckland is still in lockdown with a small number of new cases being reported everyday. – Reuters