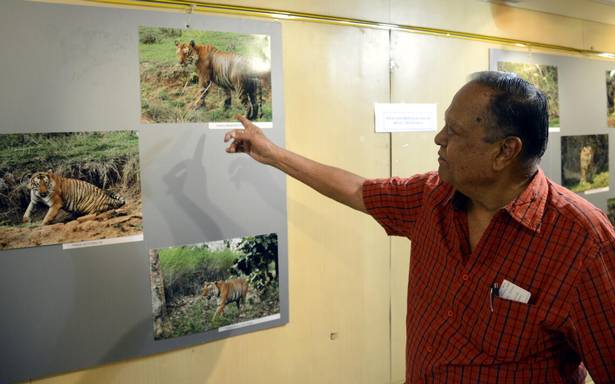 Incidentally, he passed away a day after his 93rd birthday on Saturday. He is survived by four daughters and a son and their families.

Incidentally, he passed away a day after his 93rd birthday on Saturday. He is survived by four daughters and a son and their families.

Most of the tree lined avenues and boulevards in the city today, remain the legacy of Neginhal. Then chief minister R. Gundu Rao upset at the loss of green cover due to burgeoning growth of the city, commissioned a greening campaign.

Brought in to lead a special cell within the Forest Department to take up the assignment in 1981, Neginhal went into a mission mode and planted over 1.5 million trees in over five years. The campaign earned him so much fame that then Prime Minister Rajiv Gandhi got trees from Neginhal to plant in Shakti Sthal, the memorial for Indira Gandhi.

Harini Nagendra, Ecologist and Professor of Sustainability, Azim Premji University, said Neginhal must be credited with pioneering citizen participation in urban forestry in the country. “He went house to house, asking people what trees they wanted to be planted.”

“This encouraged them to take up ownership of these trees, evident in how they have survived,” she said. Neginhal was also probably the last in the glorious tradition of tree planters in the city starting from colonial times.

“For instance, his was the last campaign of such scale and also probably the last time trees of such wide variety were planted, from raintrees, bougainvilleas to akashamallige. Now most of the trees planted are either neem or honge,” Ms. Nagendra said.

Leo Saldanha, of Environment Support Group, said the only true tribute to Neginhal would be to fight harder to save the trees he planted, that dot the city’s streets and are facing the axe due to several development projects. In his retirement years, Neginhal would voice his opposition to tree felling in the city.

Apart from greening the city, Neginhal is credited with spotting Kokkare Bellur and spearheading efforts to develop it as a bird sanctuary. He also played a key role in Project Tiger and upgradation of Bandipur Reserve as a national park.

In later years, Neginhal authored many books including on urban forestry, wild trees of western ghats, reserve forests and national parks of the state and also took up wildlife photography.