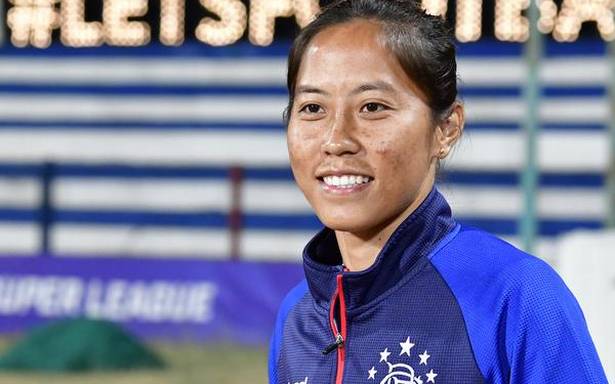 The best 12 teams from the continent will battle it out for the top honours in the competition which will be played across Navi Mumbai, Mumbai and Pune till February 6, 2022.The Asian Football Confederation (AFC), which unveiled ‘Our Goal for All’ as the official tagline of the prestigious tournament on the 100 days to go milestone date, has confirmed 10 teams for the competition and two more teams will be finalized this week.

Bala Devi, who bagged her third AIFF Women’s Footballer of the Year Award earlier this year, urged the football fans of India to show support for their nation at the AFC Women’s Asian Cup India 2022 and the FIFA U-17 Women’s World Cup India 2022.

“I was overcome with joy when I learnt that in 2022 India will host both, the AFC Women’s Asian Cup India 2022 as well as the FIFA U-17 Women’s World Cup India 2022,” said Bala in an official release.

“I was very happy because these tournaments will be a fantastic stepping stone for our young girls to progress. When you look at the support for our team that participated in the FIFA U-17 World Cup India 2017, it is really unbelievable.

“I would humbly request everyone to show similar support to the women who will be participating in the AFC Women’s Asian Cup India 2022 in January next year, as well as to those who will play in the FIFA U-17 Women’s World Cup India 2022 in October next year,” she added.