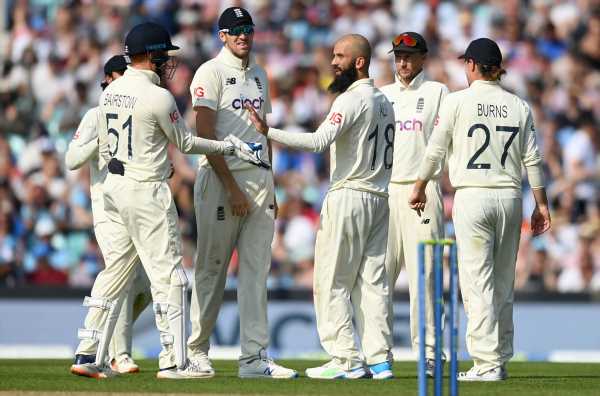 England on Sunday named their strongest available squad for the Ashes tour to Australia as all-rounders Ben Stokes and Sam Curran missed out but seamer Stuart Broad was included despite the calf injury he picked up in the Test series against India.

Stokes was unavailable as he continues his indefinite break from cricket to focus on his mental health, while also recovering from a second operation on a broken finger. Curran was omitted due to a stress fracture in his lower back.

There were no uncapped players in the 17-member squad that included recalls for batsman Zak Crawley and spinner Dom Bess.

Fast bowler Jofra Archer was also unavailable after he suffered a recurrence of a stress fracture in his elbow and Ollie Stone was ruled out with a back injury.

The series had been in doubt following concerns over touring conditions in a country where international arrivals have to isolate in quarantine hotels for 14 days, regardless of COVID-19 vaccination status.

England players had expressed concerns about the tour due to “bubble fatigue” and because their families would not be able to travel with them due to Australia’s strict COVID-19 protocols, but the England and Wales Cricket Board (ECB) gave conditional approval for it to go ahead on Friday.

The first Test is due to begin in Brisbane on December 8, followed by a day-night match in Adelaide from December 16 before the traditional Boxing Day Test in Melbourne.

Sydney will host the fourth match and the final Test will be in Perth starting on January 14.

Australia retained the Ashes when the teams last met in 2019 in England after a 2-2 series draw.