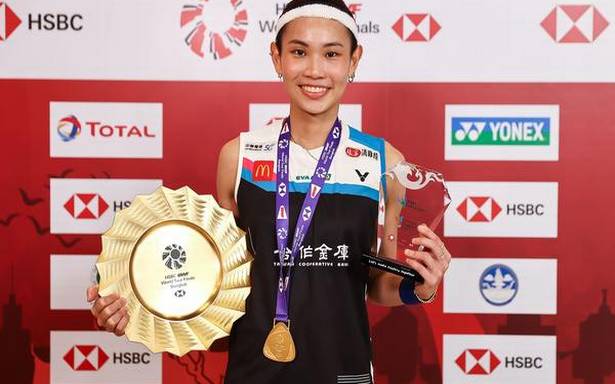 The Spaniard had a shaky start on Sunday as Tai exploited holes in her defence early, but Marin mounted a successful comeback in the later stages and won the opener 21-14.

Marin was loud and fiesty in her verbal celebrations, but a visibly annoyed Tai soon found her own voice. The pair also played mind games over shuttlecock changes. In the second game, Tai dominated early and dictated a commanding pace, eventually triumphing 21-8.

The decider was filled with fast and furious rallies — both players yo-yoed up and down the scoreboard — but two late spectacular drop shots were critical in sealing Tai’s 21-19 victory.

“Before this match, I kept telling myself that I had to play patiently. In the previous matches, all my mistakes were caused (by) my own impatience,” Tai said.

But in the decider, Antonsen had all the right answers, triumphing 21-17 to claim the game and the hour-long match against an increasingly ruffled Axelsen.

Antonsen is the only man to beat Axelsen in three weeks.

The women’s doubles was an all-Korean showdown with fourth-ranked Lee So-hee and Shin Seung-chan pushing sixth-ranked Kim So-yeong and Kong Hee-yong to three games over 92 minutes.

Lee and Shin lost the first game 15-21 before scrapping through to claim the second 26-24. They had momentum early in the third game and were able to hold off a late resurgence from their opponents to win the decider 21-19.