“Harleen started playing cricket at the age of seven and I still remember her coming home from the Yadvindra Public School ground after bowling with a broken finger within months of her starting her career." On Friday night, as 23-year-old Indian all-rounder Harleen Deol took a reverse-cupped catch above her head and throwing the ball in the air before crossing boundary and regaining her balance to make a dive to complete the catch inside the boundary to dismiss England’s Amy Jones in the 19th over off the bowling of Shikha Pandey in the rain-affected first women’s T20I match at Northampton, England, Harleen’s mother Charanjit Kaur Deol remembered all the injuries and fractures her daughter had got as a trainee at the Yadavindra Public School, Mohali, and later at HPCA Women’s cricket academy at Dharamshala.

“Harleen started playing cricket at the age of seven and I still remember her coming home from the Yadvindra Public School ground after bowling with a broken finger within months of her starting her career. Once while playing for Himachal Pradesh in Gujarat, she bowled despite an injured finger. To see her take such a sensational catch without worrying about the fall and getting praise from players like Sachin Tendulkar, V V S Laxman and Nasser Hussain apart from leaders and fans is the biggest reward for Harleen’s hard work,” said Deol’s mother Charanjeet Kaur while talking to The Indian Express. 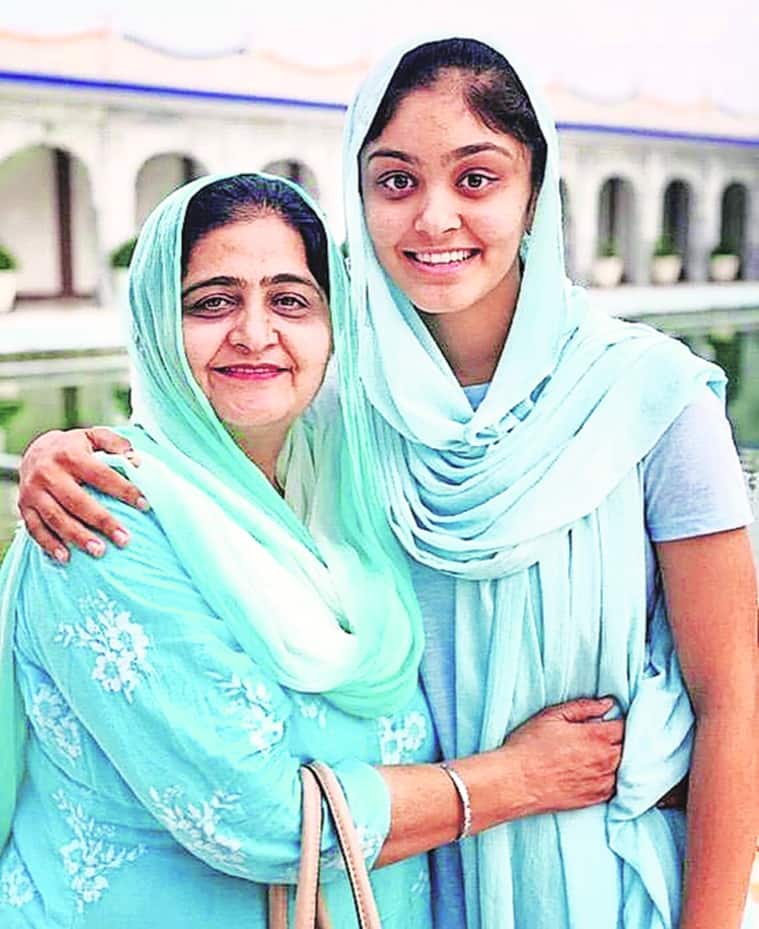 Harleen, who started cricket at the age of seven years, had played in an U-19 inter-school match at the age of eight years and would play in the Punjab U-19 team in 2010. The youngster initially started as an off-spinner before shifting to being a leg-spinner and shifted base to Dharmshala, Himachal Pradesh, in 2012 to join the HPCA U-19 academy. The following years would see Harleen being one of the lead spinners in the Himachal Pradesh women’s team before she played for India A against England in 2018. The same year, Harleen scored 288 runs and claimed 11 wickets for Himachal in the BCCI Women’s one day league, followed by being the highest scorer for India Red in the women’s challenger trophy in 2019. In 2019, Harleen made her women’s ODI debut against England, followed by her T20I debut against England and was also in the Indian T20 team, which reached the finals of the World T20 in Australia last year.

HPCA academy coach Pawan Sen remembers Deol’s hard work in her initial days at the academy and progress made in the following years. “Like any young cricketer, Harleen had her fears of diving and sliding to stop the ball. We trained the HPCA Academy trainees to slide on wet pitch covers to end the fear of sliding and diving on the ground. It helped her. Along with her bowling and batting. She has evolved to be a very good fielder and to earn praise from the cricketing world shows her hard work,” said 51-year-old Sen.

HPCA strength and conditioning coach Veena Pandey too credits Deol for her hard work. “She has been passionate about fitness and her Yo Yo test score would always be above 15 when she trained at the academy. It has improved further and it is heartening to watch,” Pandey said.

With the all-rounder having played in one of women’s ODI and 10 women’s T20I, the family is also hopeful of Harleen making the cut for the Indian team for the next year’s ICC Women’s Cricket World Cup. “We hope that she will cement her place in the team and play in the world cup next year,” said B S Deol, Harleen’s father.