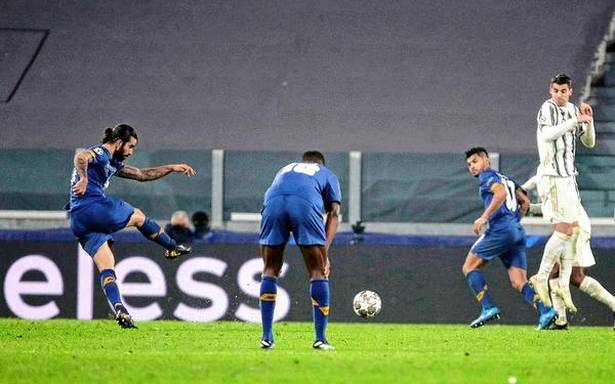 Juventus crashed out of the Champions League last 16 for the second year running on Tuesday, losing to 10-man Porto on away goals despite winning the second leg 3-2 in Turin. Sergio Oliveira’s extra-time free-kick sent twice former winner Porto through to the quarterfinals as the tie finished 4-4 on aggregate.

Leading 2-1 from the first leg in Portugal, Oliveira’s first-half penalty increased Porto’s advantage but Juventus levelled the tie through two goals from Federico Chiesa, which came either side of Porto striker Mehdi Taremi’s red card.

Oliveira then rifled home a low free-kick on 115 minutes, which passed through the legs of Cristiano Ronaldo, with Adrien Rabiot’s header in reply coming in vain for Juventus.

Borussia Dortmund striker Erling Haaland on Tuesday became the fastest player to reach 20 goals in the Champions League, as well as the youngest, after scoring twice against Sevilla in the last 16.

Haaland’s goals helped Dortmund secure a 2-2 draw in its second-leg match that sent it into the quarterfinals 5-4 on aggregate.

The 20-year-old Norwegian has been sensational, needing just 14 matches to reach the 20-goal mark, with 10 fewer appearances than the previous record holder, Tottenham Hotspur’s Harry Kane. He is also more than a year younger than Paris St Germain’s Kylian Mbappe when he reached that mark just short of his 22nd birthday.

For Dortmund the aggregate win secured its first quarterfinal spot in four years, with Haaland hungry for more goals.

Haaland’s first goal was a tap in from a Marco Reus cutback but his second was a retaken penalty after his first effort was saved.

The penalty was controversially awarded after a lengthy VAR review involving a foul on Haaland minutes earlier.

Haaland has now scored two goals in each of his last four Champions League appearances.