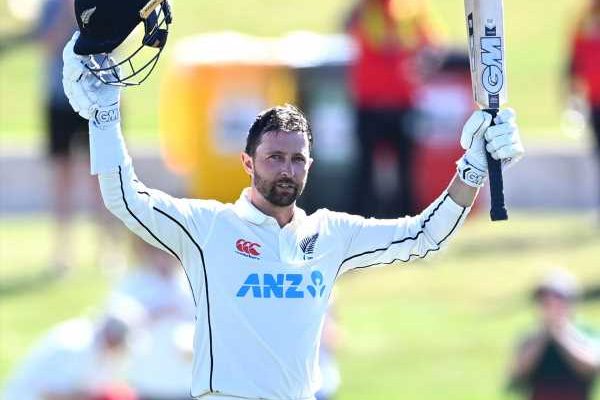 Devon Conway celebrated his return from injury with a sparkling 122 on Saturday to propel New Zealand to 258/5 against Bangladesh on the opening day of the first Test in Mount Maunganui.

Bangladesh claimed three wickets in the final session but world Test champions New Zealand will be confident of a 300-plus score when Henry Nicholls resumes on 32 with Rachin Ravindra joining him on Sunday.

“It might deteriorate over time but I think tomorrow the wicket would be really nice to bat on,” Conway told reporters after the day’s play.

“Hopefully we as a team can capitalise on that.”

Electing to field, Bangladesh got an early breakthrough when Shoriful Islam dismissed Tom Latham, who is leading New Zealand in the absence of injured regular skipper Kane Williamson, in the fourth over.

Conway, who had been sidelined with a hand injury suffered during last year’s Twenty20 World Cup, helped the hosts weather the tricky morning session with his 138-run stand with Will Young.

“The two of us decided that we needed to be as patient as possible and identify the Bangladesh bowlers who were bowling really well in that period,” Conway said. 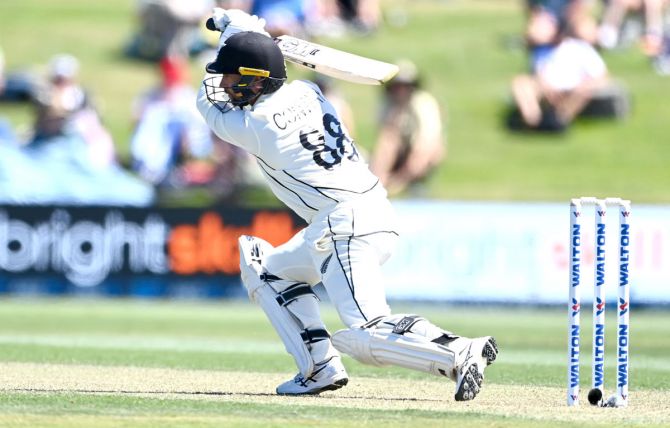 Young made 52 before running himself out but Conway could not be denied his hundred.

The left-hander pulled Taskin Ahmed for a single to bring up his second century in his fourth test match, taking his helmet off and raising his bat in celebration before embracing batting partner Ross Taylor.

“To have Ross Taylor out in the middle when I achieved that milestone, it’s a very special feeling,” Conway said of the retiring stalwart.

“It’ll be one of those things that will last in my memory for a very long time.” Taylor, who will quit Test cricket after the two-test series against Bangladesh, made 34 before becoming Shoriful’s second victim.

Conway’s patient innings, which included 16 boundaries and a six, came to an end when Mominul Haq had him caught down the leg side.

Ebadat Hossain dismissed Tom Blundell with the final delivery of the day to lift the spirit in the touring camp.