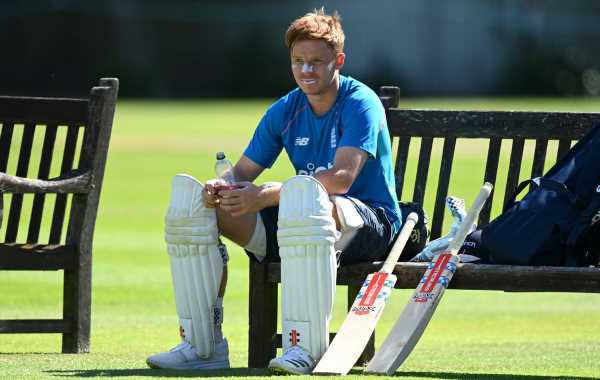 England batsman Ollie Pope has credited head coach Brendon McCullum with helping him overcome the fear of losing his wicket in Test cricket, saying the New Zealander changed his mindset.

Playing in his new number three position, the 24-year-old enjoyed a memorable summer being one of England’s five century-makers following his 145 against New Zealand at Trent Bridge.

“… From a mindset point of view, I think it’s more that I had some good chats with Baz (McCullum) actually, and he’s been very much, ‘stop fearing getting out in test cricket’,” Pope told British media.

“I think because Test cricket is so important to me I’d do anything to have a great career and play 100 tests or whatever. I think I was almost putting myself under too much pressure, and that fear of getting out was probably getting a bit too much.”

“I tried to get rid of that, and try and score my runs basically. Rather than think, ‘if I cut this I might nick it’, I (now) think ‘if I cut it and I nick it then it might go over the slips for four’. That is the mindset change I’ve tried to go by.”

Pope, who made his test debut at number six and had never previously batted at number three in first-class cricket, said he now feels comfortable in the role.

“I’ve enjoyed that position this summer, it’s been new, but hopefully I’ll be backed to do it in the future as well,” he said.