The other members of the quartet will be national record holder Dutee Chand, Dhanalakshmi and Archana Suseendran. 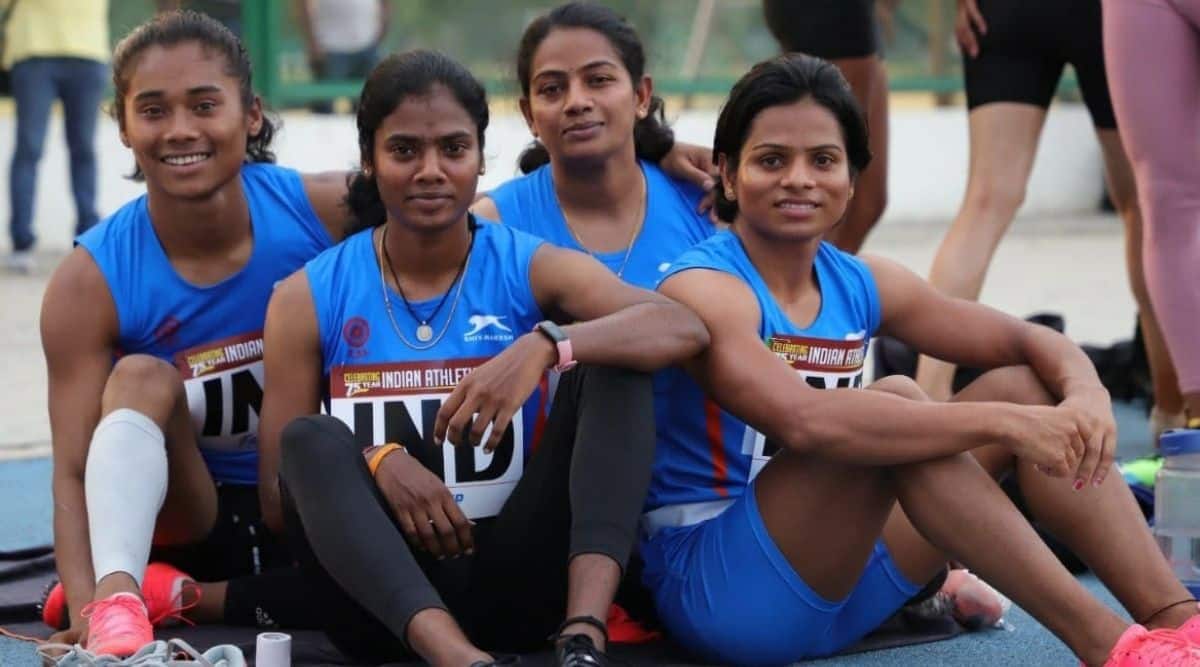 Injured Hima Das’ place in the women’s 100m relay final on Tuesday is likely to be taken by Karnataka’s AT Dhaneshwari as the Indian quartet makes a final bid for Olympics qualification during the ongoing National Inter-State Championships in Patiala.

Dhaneshwari had finished fifth in the 100m dash, won by S Dhanalakshmi of Tamil Nadu on Saturday, with a time of 11.71 seconds.

The other members of the quartet will be national record holder Dutee Chand, Dhanalakshmi and Archana Suseendran. Dutee had finished fourth and Archana third in the final on Saturday.

Hima sustained a hamstring injury while running the 100m heats on Saturday and is unlikely to take further part in the championships, unless she makes a dramatic recovery in the next 48 hours.

She is, however, listed among eight finalists for the 200m race to be run on Tuesday. The heat races for the 200m were not held on Sunday after Dutee, Dhanalakshmi and Archana pulled out.

The Athletics Federation of India said direct final will be held on Tuesday.

The absence of Dhanalakshmi and Archana could be to give them enough time to rest, while Dutee is recovering from a minor muscle tightness.

Dutee, who finished fourth in the 100m dash won by Dhanalakshmi, was seen having some discomfort after crossing the finishing line on Saturday.

“It is a minor issue, jut tightness in glutes (muscles of buttocks). She is is not running 200m but will run 4x100m relay,” Dutee’s coach N Ramesh said.

Dutee is expected to make it to Tokyo Games 100m sprint on the basis of world rankings though she could not breach the qualifying standard of 11.15 seconds. She is currently sitting pretty at 41st place in the Road to Tokyo list as 56 competitors will run in the event.

She had clocked 11.17 seconds to better her own national record during the Indian Grand Prix 4 earlier this month.

For the women’s 4x100m relay, the Indian quartet will have to clock below 43.04 seconds to have any chances of qualifying for the Olympics, which opens on July 23.

The women’s 4x100m relay final is also scheduled for Tuesday.