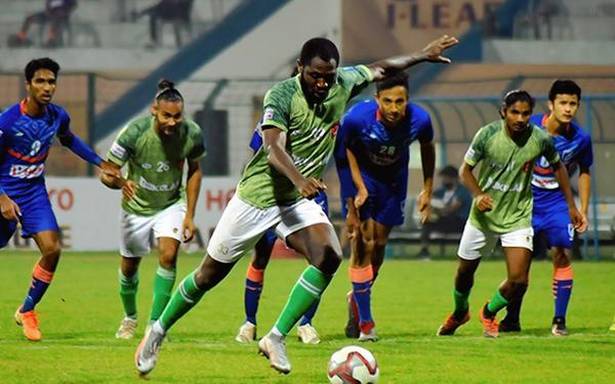 Gokulam Kerala sprung a major surprise, downing runaway leader Churchill Brothers 3-0, in a second round match of I-League’s championship round at the Kalyani Stadium on Wednesday.

The result helped Gokulam inflict the first defeat on Churchill, which had remained unbeaten in the 11 matches so far, and climb to second with 22 points from 12 games. Churchill continues to be on top with 25 points from 12 matches.

Bidyashagar had scored his first hat-trick in the previous match as TRAU beat Mohammedan Sporting 4-0.