Hima Das got injured while competing in the women’s 100m during the National Senior Inter-State Athletics Championships at Patiala on June 26. 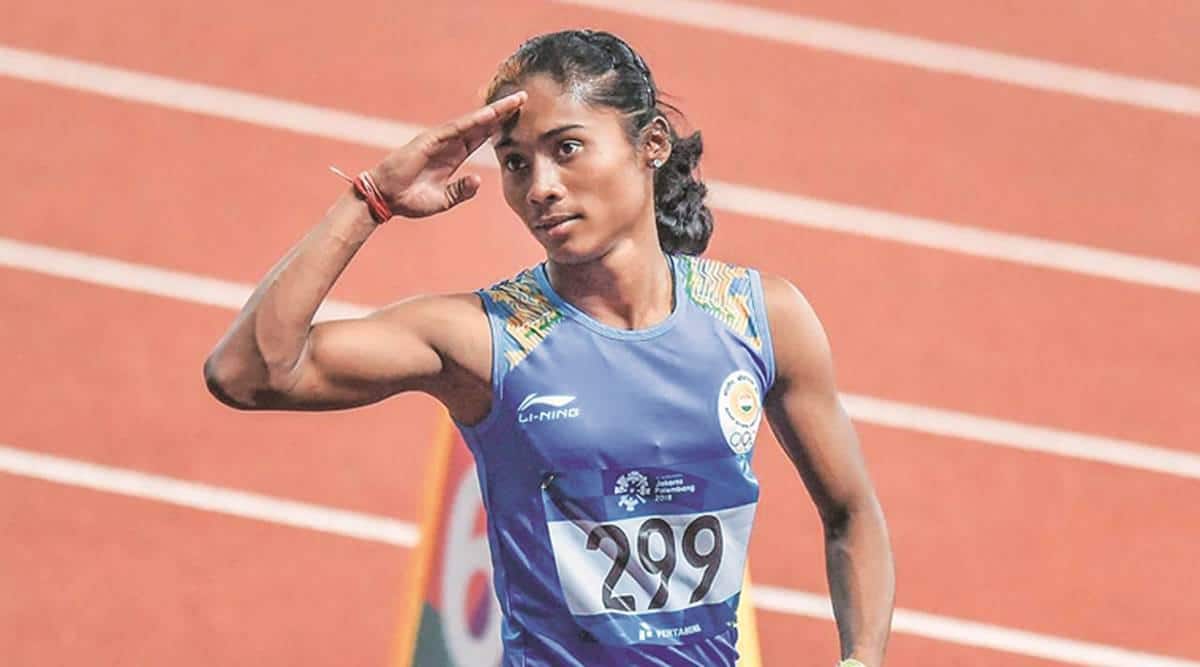 Sprinter Hima Das who missed the flight to Tokyo Olympic Games due to injury has said that she will bounce back soon.

Hima, a national camper, pulled her muscle while competing in the 100m heats on the second day 60th National Senior Inter-State Athletics Championships at Patiala 10 days back. On the first day, she led the national camper’s women’s 4x100m relay team to set a new meet record.

The 21-year-old was also part of the 4x400m mixed relay team which qualified for the Tokyo Games by virtue of the performance in the 2019 Doha World Championships.

The athlete who hails from Assam was forced to pull out of the 100m final and 4x100m relay final. On the fifth and last day of the meet, Hima who got to run the women’s 200m final directly finished out of the medal bracket.

“I will miss my first Olympics due to untimely injury when I was close to achieving the qualification standard in my new events 100m and 200m,” Hima tweeted on Tuesday. “I would like to thank my coaches, support staff and my teammates for their continuous support.

But I will make a strong comeback and looking forward to Commonwealth Games 2022, Asian Games 2022 and World Championship 2022.”

The promising Hima came into the limelight after winning 400m gold in the World Junior Championships in Finland in 2018. In the 2018 Jakarta Asian Games, she grabbed a silver medal in women’s 400m, and was a member of the gold medal-winning women’s 4x400m relay and mixed 4x400m relay teams.