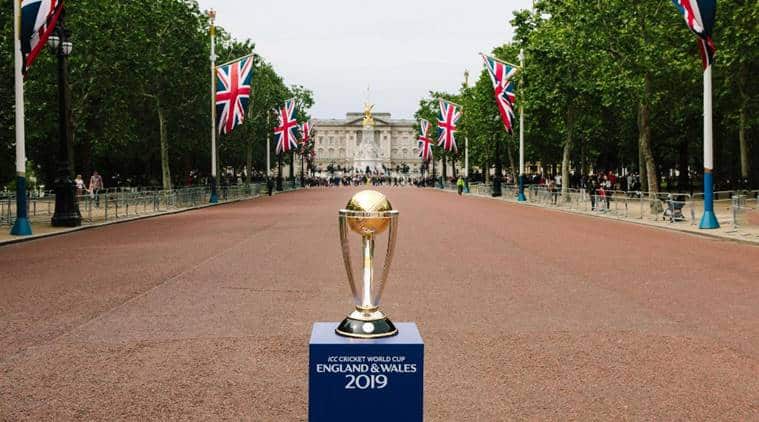 The 10 captains were present at the ceremony. England won the exciting 60-second challenge scoring 74. Each team had two members, one cricketer, and a representative. Former England cricketer Kevin Pietersen featured in the England team which scored 74 beating Australia (69) by a narrow margin. The lowest score at the event was recorded by India. Former Indian cricketer Anil Kumble and Bollywood actor Farhan Akhtar could manage to score only 19.

The event also had performances from English singer John Newman at the start performing ‘Feel the love’. The ceremony was concluded by the official ICC Cricket World Cup 2019 theme song, ‘Stand By’, a collaboration between LORYN and Rudimental.

The World Cup 2019 opening ceremony comes to an end. The ceremony had the exciting 60-second challenge to add to the fun quotient and at the end, a few quotes from World Cup 2015-winning captain Michael Clarke. That’s it from the ceremony folks. See you in the World Cup opener between England and South Africa tomorrow.

When captains met the Royal family

Opening ceremony comes to an end!

Tonight’s party comes to a close with a rendition of the official ICC Cricket World Cup 2019 theme song, ‘Stand By’, a collaboration between LORYN and Rudimental.

“We now see more and more women take part in cricket. I think women should take part more in sport. I have been a big fan of cricket since my childhood. I think this sport connects different people from different cultures. We’re all here to celebrate cricket,” says Nobel Peace Prize winner Malala Yousufzai, who earlier represented Pakistan in the 60-second challenge.

Michael Clarke brings the ICC World Cup 2019 trophy accompanied by Graeme Swann. Clarke feels England have a chance to win the World Cup seeing the way they have played in previous three-four months.

England duo including Kevin Pietersen hit the ball all over. They score 74 runs and beat Australia who scored 69 in the 60-second challenge.

The Indian duo Anil Kumble and Farhan Akhtar scored just 19. They got bowled a few times in 60 seconds. The lowest score in the 60-second challenge. Andrew Flintoff seems happy about it.

Pakistan score 38, not a bad score but not brilliant either. Pakistan are followed by Australia. Brett Lee is hitting it all over. The highest score of the evening yet. The Aussie score 69!

Abdur Razzaq featured in Bangladesh team. They score just 22 as the other representative missed a few deliveries.

Afghanistan start off the challenge with 52 runs in the 60-second challenge.

We have a 60-second challenge taking place between the various ‘teams’, with each side represented by two guest figures. Former Indian skipper Anil Kumble and Bollywood actor Farhan Akhtar are representing India at the event, which also involves legends of the game such as Viv Richards, Jacques Kallis, Brett Lee, Kevin Pietersen among others. The team with the highest score in sixty seconds will win the challenge. Former Australia batsman David Boon is the umpire for this little game.

John Newman on the stage

“Lovely to be here. Such a huge fan base here. That’s a thing of pressure and a thing of pride as well. We’ll look to utilise the crowd advantage,” says India skipper Virat Kohli at the opening ceremony.

Viv Richards in the house

England captain has his say

“We can’t wait to start. Tomorrow’s obviously a very exciting day. Incredibly proud to be where we’re at. Hope to be good hosts,” says English captain Eoin Morgan.

The crowd lets out a huge cheer as Virat Kohli and Eoin Morgan come on the stage.

Andrew Flintoff, Shibani Dandekar, and Paddy McGuinness host the opening ceremony. The hosts are calling the captains on the stage.

We are just minutes away from World Cup 2019 opening ceremony. Stay tuned.

Make sure you tune in! ? pic.twitter.com/SN9pAMSDm1

Hello and welcome to our live coverage of the ICC Cricket World Cup 2019 opening ceremony from London. We are building up towards a spectacular show from the start of the opening ceremony. Stay tuned for all updates.