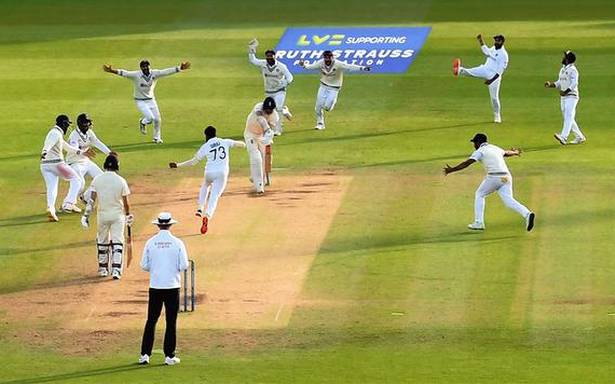 Former England skipper Andrew Strauss feels that the manner in which Joe Root’s team capitulated against a fired-up India in the second Test could hurt the “bruised and battered” hosts in the remainder of the five-match series.

“They were favourites but let things slip before lunch (on the final day) and then had another top-order collapse,” said Strauss.

“Those early wickets put huge pressure on the middle-order and India just had enough overs to bowl them out. It was feisty.” He said India “thoroughly deserve” to go 1-0 up in the five-match series.

“Every series with India, and particularly (Virat) Kohli, is feisty and as the match was on the line you expected nothing else. It has been five brilliant days of Test cricket.

“India was exceptional and there were times when England looked like it was going to get out of jail but, in the end, you have to say that India deserved it… they did enough to win. England is going to be absolutely battered and bruised as a result of that,” he added.

Strauss also called for a change in England’s top-order after another disappointing show by the batsmen.

He was certain that the woefully out-of-form opener Dom Sibley could be dropped for the third Test at Headingley starting on Aug. 25.

“There are a lot of problems for England, no doubt about that. If it had got away with it again, we might have been able to paper over the cracks, but not anymore.”