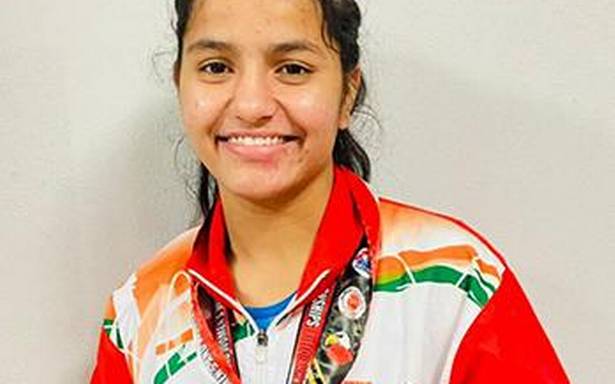 Gitika, Babyrojisana, Poonam, and Vinka put on a commanding display

Gitika posted a commanding 5-0 win over local favourite Natalia Kuczewska, who beat Asian junior silver medallist Thipsatcha Yodwaree in the semifinals, to claim the 48kg gold medal and give India a fine start.

Gitika remained ahead by landing plenty of punches, including a few shots to the head. She switched her tactics to use her feet, stay away from her opponent and deliver some straight punches resulting in a bloodied nose for the Pole in the last two rounds.

A fearless Babyrojisana Chanu, an Asian youth champion, bagged the second gold for the country by upsetting European junior champion and taller Russian Valeriia Linkova in the 51kg title clash with a 5-0 margin.

Babyrojisana boxed from a distance, bobbing and weaving to stay safe. She broke through the Russian’s defence to land some solid blows and tame Valeriia spectacularly.

Poonam Poonia beat Frenchwoman Sthelyne Grosy 5-0 in the 57kg final for India’s third gold. The powerful Indian stuck to her strength as she delivered a flurry of punches after taking some blows early in the first round.

With a power-packed performance, Vinka defeated Zhuldyz Shayakhmetova of Kazakhstan in the 60kg final when the referee stopped the contest in the third round.