In this edition, we take a look at the moments that caught eyeballs on social media, the nail-biting finishes Kings XI Punjab seem to be growing a penchant for and the 'role-reversal' in the Kolkata Knight Riders camp. 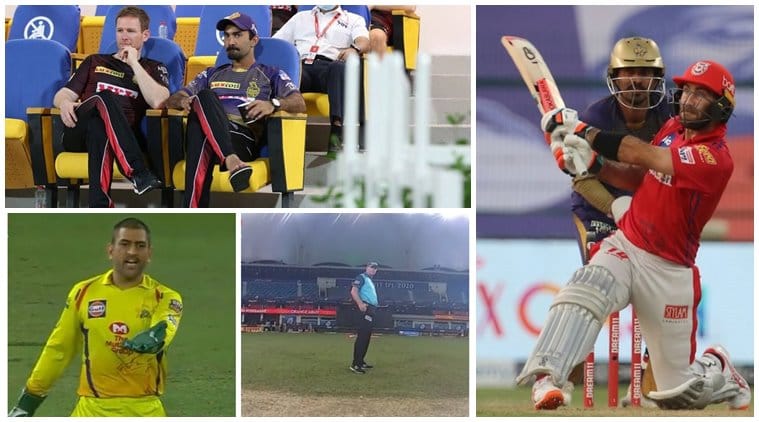 The Indian Premier League has now entered its second half, with teams like defending champions Mumbai Indians and Delhi Capitals going strong. Over the last week, fans have witnessed some intriguing battles, some of which have seen team’s fortunes change right at the final delivery of the match.

In this edition, we take a look at the moments that caught eyeballs on social media, the nail-biting finishes Kings XI Punjab seem to be growing a penchant for and the ‘role-reversal’ in the Kolkata Knight Riders camp.

In KXIP’s contest against the Knight Riders, Glenn Maxwell came within tantalising reach of hitting a six off the last ball to take the match to a Super Over, and the players waited anxiously after the last ball, till replays zoomed in to show that the ball had landed just within the boundary.

With 7 runs to win off the last ball, Maxwell swung over covers as Sunil Narine bowled the 20th. As the ball landed, there was initial confusion. The on-air commentator thought it was a six. Umpire Chris Gaffaney signalled four. Narine was quick to shake Maxwell’s hands, but the players then waited for the replay. Which soon confirmed that the umpire’s call had been correct — by inches.

Here is a video of the incident:

In their match against Royal Challengers Bangalore, something similar happened again. Despite Punjab being in control off the match right from the word go, it felt like RCB would close the game in the final ball. They needed just two and nearly choked against Yuzvendra Chahal but Nicholas Pooran held his nerve to launch the last ball for a six to secure only their second win of the tournament.

The Bihu buzz in UAE

Assam’s famous bihu dance has caught on in the Rajasthan Royals camp, with players not letting any chance go to flaunt their moves. It all started with Guwahati boy Riyan Parag leading the celebrations after his match-winning performance against Sunrisers Hyderabad.

The dance was then performed by Jofra Archer in Rajasthan’s following clash against Delhi Capitals. After dismantling the stumps of Prithvi Shaw, the England cricketer celebrated with the same dance moves.

MS Dhoni and Shardul Thakur expressed their disappointment after umpire Paul Reiffel stretched his arms to signal a wide in the 19th over of the Sunrisers Hyderabad (SRH) chase against Chennai Super Kings (CSK) on Tuesday. The umpire then seemed to have a change of mind and decided not to call a wide.

Change of roles in KKR camp After finishing the first stage of the tournament with four wins from seven games, the Knight Riders had a role reversal in the camp. In a major development, wicketkeeper-batsman Dinesh Karthik handed over the captaincy responsibility to England’s World Cup winning skipper Eoin Morgan.

However, Morgan’s reign started off on a poor note, as KKR were crushed by eight wickets by Mumbai on Friday.