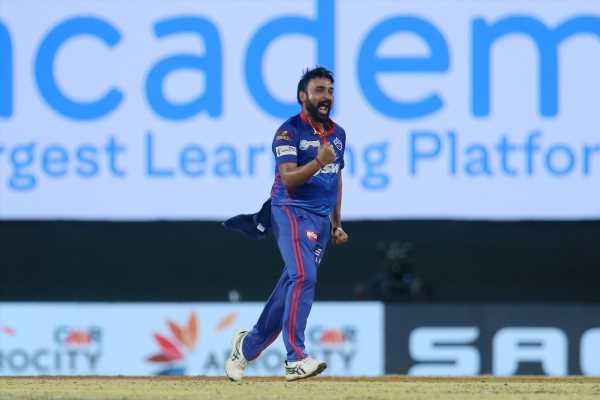 Images from the IPL match between Mumbai Indians and Delhi Capitals, in Chennai, on Tuesday.

Amit Mishra drew on all his experience and snared four wickets as Delhi Capitals restricted Mumbai Indians to a below-par 137 for 9 in the IPL match, at the M A Chidambaram stadium, in Chennai, on Tuesday.

He then dismissed Hardik Pandya, Kieron Pollard and Ishan Kishan to emerge the bowler with the most 4-fors in IPL history.

Earlier, Mumbai Indians won the toss and elected to bat. They made just one change to the side that beat SunRisers Hyderabad in the previous match, Jayant Yadav coming in for Adam Milne. Delhi Capitals, who defeated Punjab Kings by six wickets in their previous outing in Mumbai, replaced Lukman Meriwala and Chris Woakes with Shimron Hetmyer and Amit Mishra, keeping the two-paced nature of the M A Chidambaram pitch in Chennai in mind.

Quinton de Kock and Rohit Sharma opened the batting for Mumbai Indians, while Marcus Stoinis got the bowling underway for Delhi Capitals.

After conceding just six runs in the first over, Stoinis effected the breakthrough in his next, dismissing de Kock with his first delivery. The Australian pacer got the edge of de Kock’s bat and Rishabh Pant made no mistake with the catch. De Kock was out for 1 off 4 balls and Mumbai Indians 9 for 1 in the third over.

Suryakumar Yadav came to the crease and got going immediately. He and Rohit punished Ravichandran Ashwin in the next over, taking 15 runs from it as Mumbai moved to 31 for 1. Kagiso Rabada replaced Stoinis for the fifth over and was carted for 15 runs, Rohit hitting a six and four.

Ashwin, who went for 15 in the fourth, was replaced by Amit Mishra, but the right-arm leg break bowler was unable to check the scoring as Rohit and Yadav took 10 runs off him as Mumbai Indians put up 55 for 1 in the first six overs.

Delhi brought in right-arm fast medium pacer Avesh Khan for Rabada to bowl the seventh over and he struck, having Yadav caught by Pant as he tried to run the ball to third man. 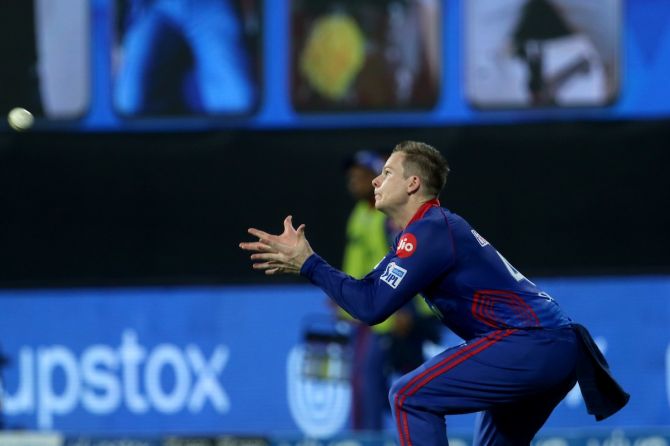 There was another wicket for Delhi an over later when Mishra got the big one of Rohit. He sent down a wider delivery and Rohit hit it towards long-on, where Steve Smith ran in and took the offering.

Mishra struck again with the last delivery of the over, having to Hardik Pandya (0) caught by Smith at long-on. Two wickets off three balls for Mishra and the defending champions were 77 for 4 at the end of the ninth. 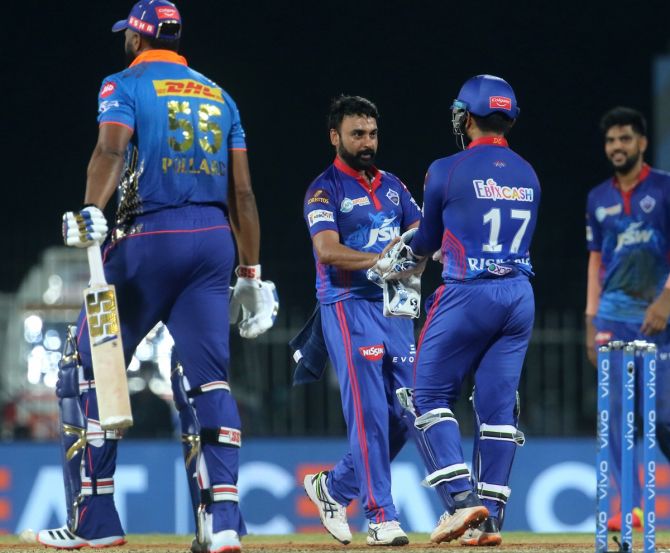 Off-break bowler Lalit Yadav, who went for three in his first over, then dismissed Krunal (1), the other Pandya, who went after the bowler but failed to read the turn and chopped it onto the stumps.

Mishra then dismissed Kieron Pollard to pick his third wicket. 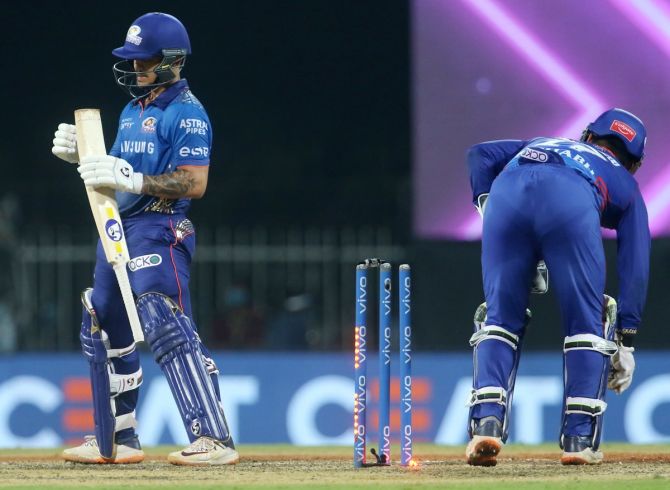 The West Indian failed to read the googly and was rapped on the back foot knee roll. The batsman went for the review but without success. Pollard scored just 2 off 5 balls and Mumbai were in deep trouble at 84 for 6 after 12.

It was left to Jayant Yadav, the new man in, and Kishan to revive the sinking ship. The two batted sensibly, going for the singles and the occasional four and took the total to 120 for 6 after 17 overs.

However, Mishra, ended the flourishing 39-run partnership off 34 balls with the third delivery of his final over, having Kishan bowled. 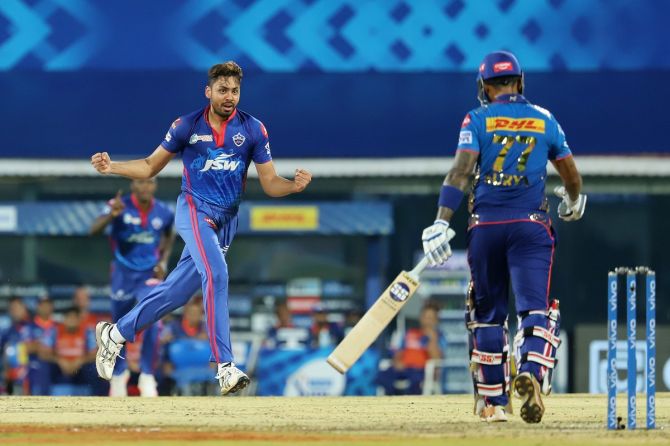 Kishan tried to cut, but the spinning ball took the under-edge, ballooned up and dislodged the bails.

He picked his fourth wicket for 24 runs and became the bowler with the most four-fors in the IPL history. Mumbai were 125 for 7 after the 18th.

Rabada then ended Jayant Yadav’s fight, dismissing him caught and bowled for 23 off 22 with the penultimate delivery of the 19th over.

Rahul Chahar hit a four before Avesh Khan had him caught behind by Pant as Mumbai Indians finished with 137 for 9.