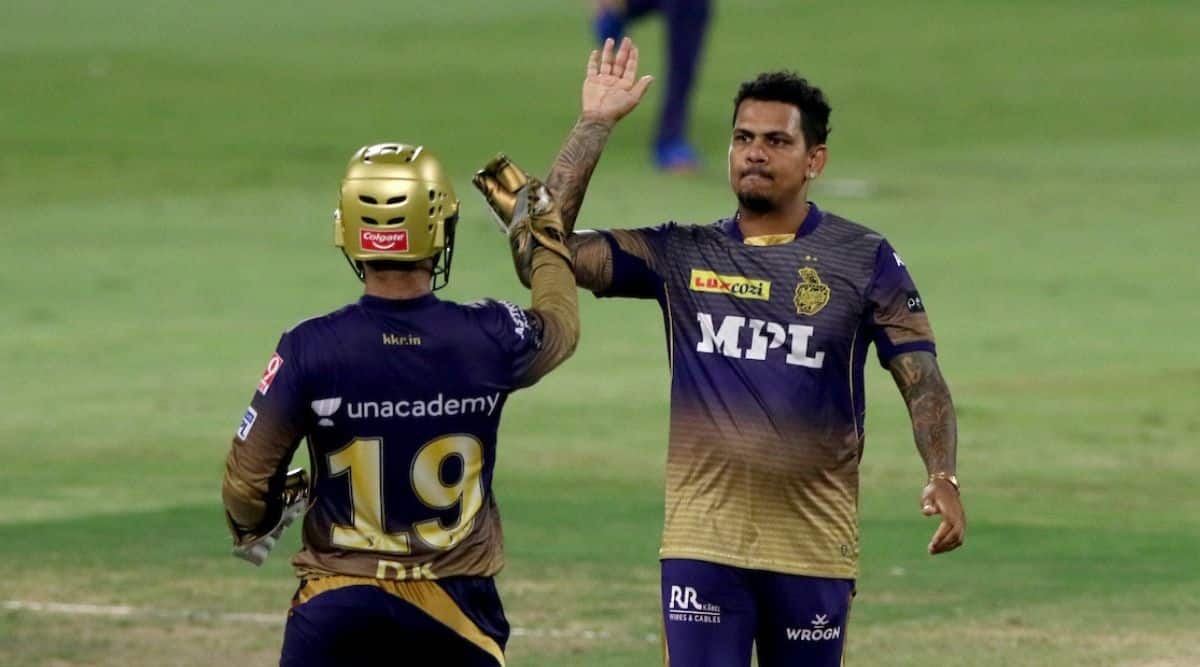 Kolkata Knight Riders prevailed over Royal Challengers Bangalore in a game of punches and counter-punches because Sunil Narine made the difference in the Eliminator.

KKR seizing the moments was reflective of a side revelling under pressure. RCB, a team not used to winning knockout games in the IPL, was expected to hit their stride in Virat Kohli’s final season as skipper. But they didn’t, especially when KKR used their spinners to peg back the RCB innings. 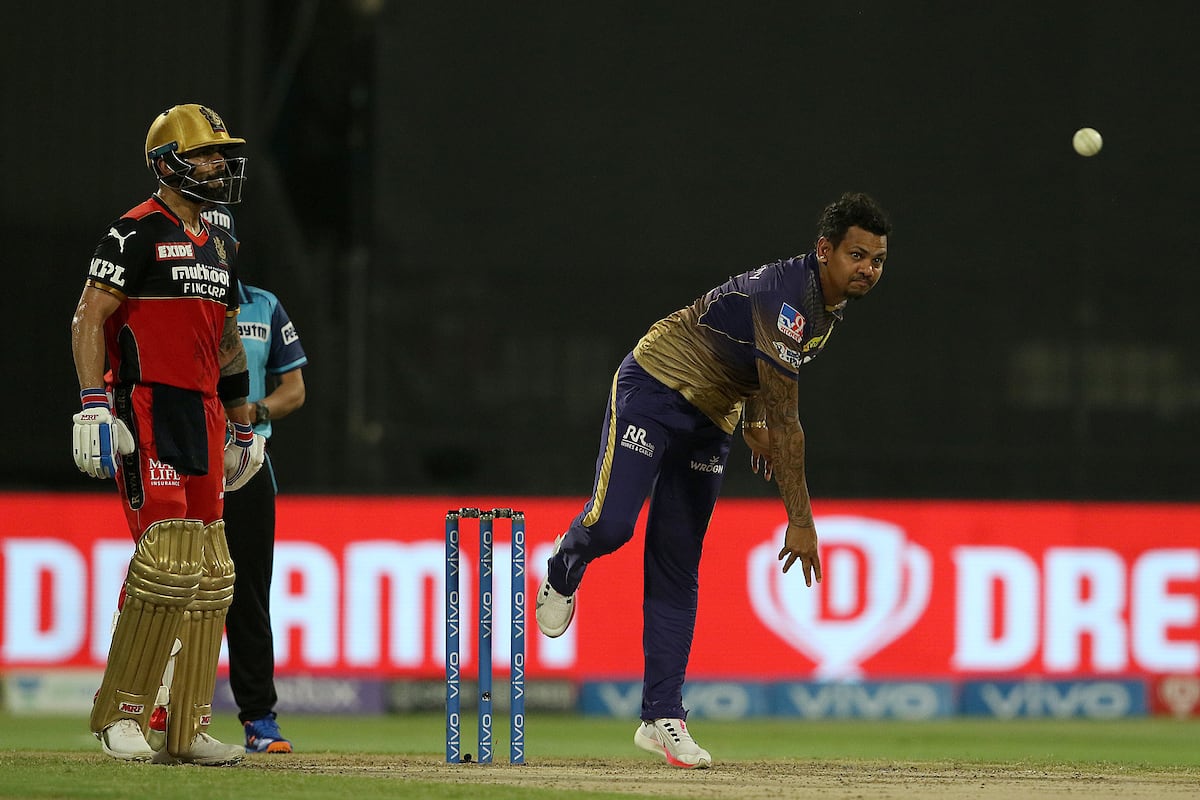 Narine tilted the balance in his side’s favour with three sixes in an over off Dan Cristian, after RCB had rallied with Venkatesh Iyer’s wicket – a nice topping on his match-winning 4/21. Kohli walked into his IPL captaincy sunset empty-handed. KKR, chasing 139 for victory, won by four wickets to go into Qualifier 2, against Delhi Capitals.

A middle-over meltdown brought about their downfall, but it wasn’t a case of the batsmen throwing it away. Narine mesmerised them with his guile.

He was brought in to the attack in the 10th over, after the ball became a little older and started to grip on the surface. Narine started off with KS Bharat’s scalp.

Ever since he came back with a remodelled action, the spinner has focused more on cutters than breaks. He no longer bowls a doosra, once his shock delivery, replacing it with a leg-cutter. For his off-spinners also, a lot of times during this year’s tournament, Narine has bowled with an upright seam, rolling his fingers over it like off-cutters. Today, he bowled conventional off-breaks and gave the ball a serious tweak. He read the pitch perfectly, but more than the revolution, the line did the trick. The six-metre Sharjah length was hit with precision. Also, Narine varied his pace beautifully.

Kohli’s dismissal was a case in point. As runs dried up after the Powerplay, Kohli got impatient. An uncharacteristic slog-sweep ensued, but Narine probably had pre-empted it. He bowled the off-break a little slower, from close to the stumps, ensuring that it wouldn’t be going down with the angle. The ball went under the bat and disturbed leg stump.
De Villiers, too, was basically done in by the line. The off-and-middle line was tempting enough to play it across, on the leg-side. Once again, Narine had bowled it slower, allowing optimum turn, and the ball went through the gate.

Maxwell twice tried to reverse-sweep Narine in desperation. The latter cancelled the attempts through pace variations and an excellent line. A vicious off-break followed, forcing the batsman to slice his attempted slog-sweep.

Narine wasn’t done yet. When the game was on a knife-edge and KKR needed an impact innings, his 26 off 15 balls at No.5 took the game away from RCB. Once the asking rate dropped below six, pressure eased off considerably.

With seven runs required off the final over, two experienced KKR batsmen, Eoin Morgan and Shakib Al Hasan, kept calm. RCB, on the other hand, surrendered the initiative, bit by bit. Devdutt Padikkal’s drink’s break was the first mistake.

RCB had raced to 49 for no loss after five overs, batting first on a Sharjah pitch that played true initially. Then, Padikkal became thirsty. As he came back, Lockie Ferguson castled him. The break didn’t help the opener’s concentration. “Why do you need a glass of water after five overs of play?” Sunil Gavaskar raised the question on air.

Bharat came at No.3 and went into a shell, putting extra pressure on Kohli at the other end. Instead of carrying the confidence of a last-ball six against Delhi Capitals, the wicketkeeper-batsman seemingly got overawed by the occasion.

When KKR batted, Shahbaz Ahmed dropped a dolly to give Iyer a reprieve, with the match intriguingly poised. Padikkal dropped Narine to deny the excellent Harshal Patel (2/19) his record 33rd wicket of the season. After Narine departed, an unnecessary throw from Maxwell allowed Morgan to go for an extra run. Yet again, RCB’s customary big-game choke impeded them.

As his RCB captaincy stint ends, an IPL title would be a glaring omission after nine years in charge. Kohli badly wanted to win, attested by his unhappiness with umpire Virender Sharma’s decisions – three decisions getting overturned on review somewhat justified the anger. As regards to his moves in this game, Kohli probably missed a trick by not readily bringing back Yuzvendra Chahal after Iyer got out, giving the next over to Christian instead. The leggie (2/16) served another reminder to the national selectors ahead of the final October 15 T20 World Cup’s squad deadline.