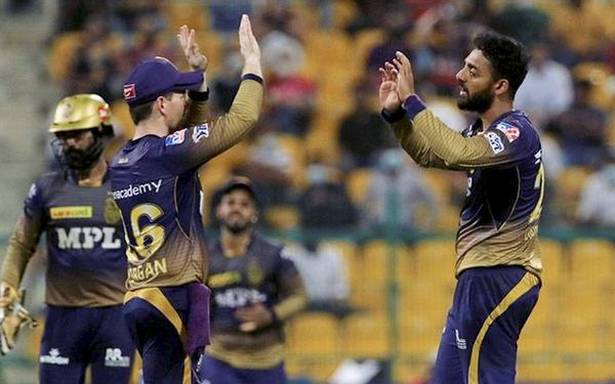 A sprightly Kolkata Knight Riders will face a battered Sunrisers Hyderabad in Dubai on Sunday.

KKR now needs to win both its remaining matches to stand a chance of reaching the playoffs. Its aggressive makeover has revived fortunes in the second leg. Venkatesh Iyer’s inclusion has provided the impetus in the PowerPlay. Dinesh Karthik’s evolution as a middle-order finisher has helped.

Rahul Tripathi’s batting through the middle overs this season, where he strikes at 150, has been a plus. However, captain Eoin Morgan is yet to get into double-figures in the UAE leg.

Sunil Narine and Varun Chakravarthy have looked as good as ever. But it is not clear if Andre Russell and Lockie Ferguson will be available. Their injuries have affected the team balance.

Against Punjab Kings, Venkatesh was forced to play the role of a fifth bowler, which didn’t pay off. He was taken for 30 in just 2.3 overs.

Meanwhile, Sunrisers were knocked out of playoff contention after losing to CSK. They lack a genuine T20 finisher with a strike rate and six-hitting frequency that would allow the top order to bat freely. Their middle order is youthful and promising but has buckled under pressure. This has forced captain Kane Williamson into the role of the aggressor when he is really at his best playing to his tempo.

Opening with Jason Roy is a welcome move. Jason Holder’s all-round excellence has offered a silverlining. Rashid Khan has also been top notch so far this season, picking up 14 wickets at an economy of 6.20 rpo. But he has had little support.