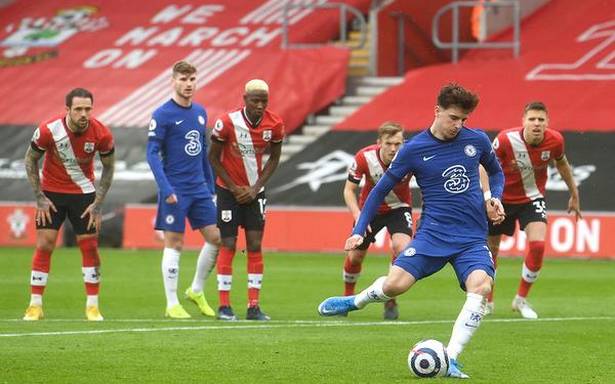 Atletico Madrid stumbled to just its second defeat of the campaign as Levante stunned the hosts by two unanswered goals in LaLiga on Saturday.

Levante went ahead fortuitously in the 30th minute when Morales’ effort took a double deflection to leave Jan Oblak in goal stranded.

Then its goalkeeper Daniel Cardenas pulled off a string off spectacular saves in the second half as Atletico surged forward in search of an equaliser. Levante sealed the issue deep in stoppage time. With Oblak also in the visitors’ box to attack a corner, Levante’s De Frutos ran off with a breakaway and buried a long-range effort.

Bundesliga leader Bayern Munich crashed to a 2-1 defeat at Eintracht Frankfurt as it gave hope to its Bundesliga title rivals.

Mason Mount preserved Thomas Tuchel’s unbeaten record as the Chelsea midfielder equalised from the penalty spot to earn a 1-1 draw at Southampton on Saturday. Tuchel’s side trailed to a first half goal from Takumi Minamino.

Reigning champion Bayern, which was also held to a 3-3 home draw by struggling Arminia Bielefeld on Monday, visits Lazio in its Champions League last-16 first leg on Tuesday.