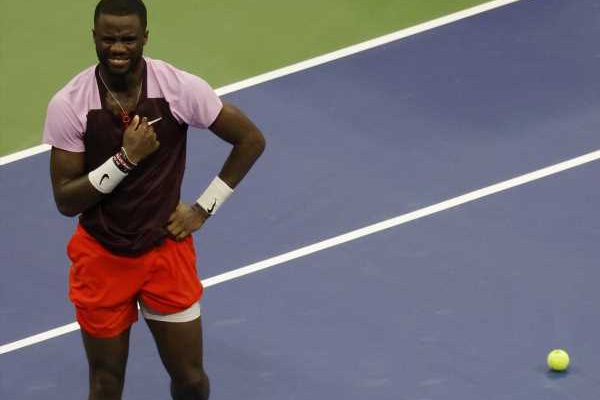 Frances Tiafoe said his days of flying under the radar were over after his stunning fourth-round upset of Rafael Nadal at the US Open on Monday.

“But it’s all good. It helped me play well. I still feel no pressure. I still feel like I’m not supposed to do anything. I’m just here to play great tennis and enjoy it.”

Tiafoe, 24, came into the match having failed to win a set, or even force a break point, against Nadal in their two previous meetings.

But with his confidence boosted by an improved serve and increased fitness, Tiafoe sees no reason why he cannot go all the way at Flushing Meadows.

“A couple years ago I would have played Rafa and been like, ‘oh, it’s cool to play him,'” he said.

“But today when I got out there I looked at my team I said, ‘let’s get a win today’.

Tiafoe said he was “losing it” after LeBron James congratulated him on the win, the NBA star calling Tiafoe a “Young King” on Twitter.

“That’s my guy. So to see him post that, I was like, do I retweet it as soon as he sent it? I was like, you know what, I’m going to be cool and act like I didn’t see it and then retweet it three hours later.”

Born in Maryland to immigrant parents from Sierra Leone, Tiafoe took up the sport at a young age while his father worked as a custodian at a tennis center in suburban Washington DC.

He saw his talent as a way to build a better life for his family and was overcome with emotion after pulling off the biggest win of his career in front of them on Arthur Ashe Stadium.

“To see them experience me beat Rafael Nadal, they’ve seen me have big wins, but to beat those Mount Rushmore guys, for them, I can’t imagine what was going through their heads.”

“They’re going to remember today for the rest of their lives.”